PAN Palazzo delle Arti Napoli invited us to an international forum on the relations between media, critical thinking and contemporary art. One day was dedicated to explore radio as a creative medium and its relations with contemporary art. The session was designed to function like a day of radio programming in a physical space, the stage speakers alternating with sound performances and “hearing sessions”. We choose to do a performance based on various forms of interference, including electromagnetic sounds from the trains we used on our eventful journey to Italy 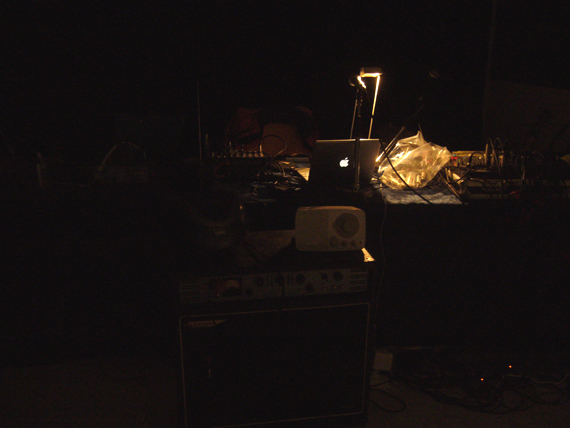 Our performance set-up was designed to capture all sorts of unwanted signals from the radio spectrum, including intrusions from the air traffic band. Not much to show on stage, most of the action happened on various radios around the room 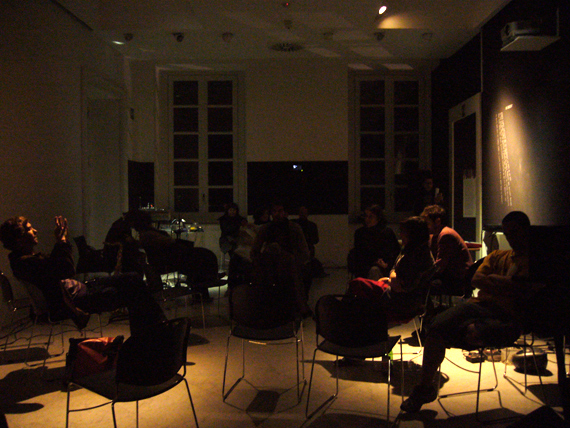 Whilst from a performance perspective the sounds appeared to be a bit difficult to do anything interesting with, we managed to set them dancing in the room. The audience told us of trails moving across the floor and then suddenly changing direction. It seemed to create an intense dislocated listening experience 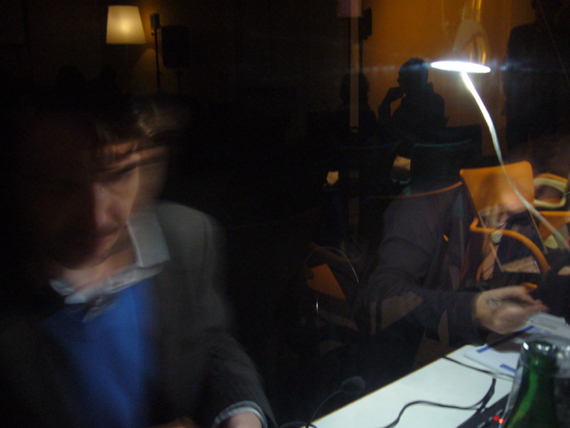 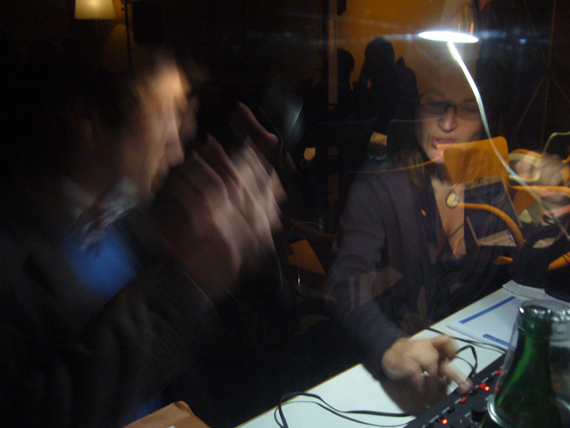 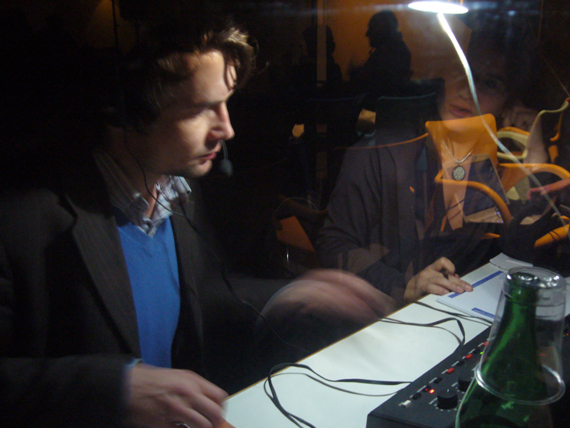 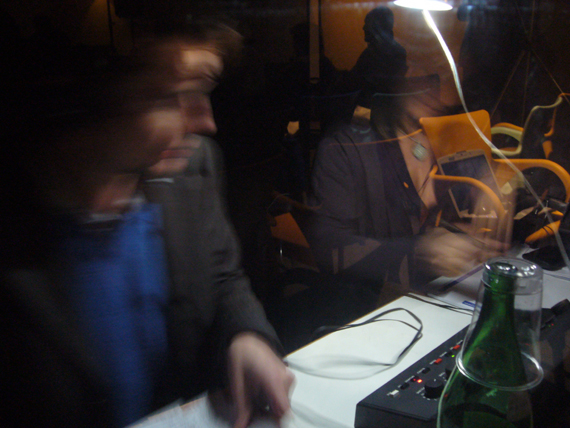 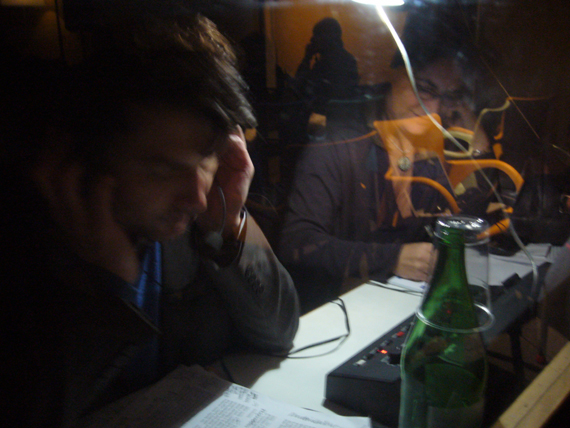 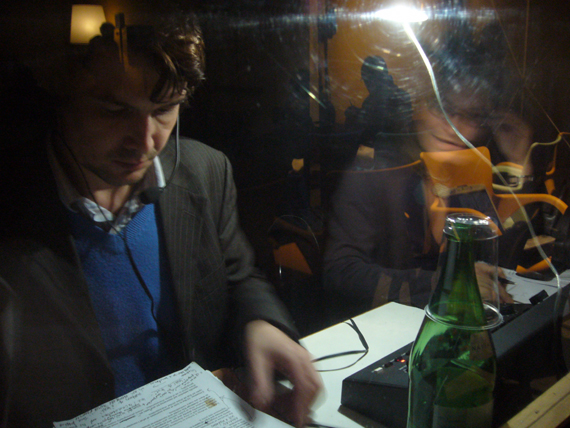 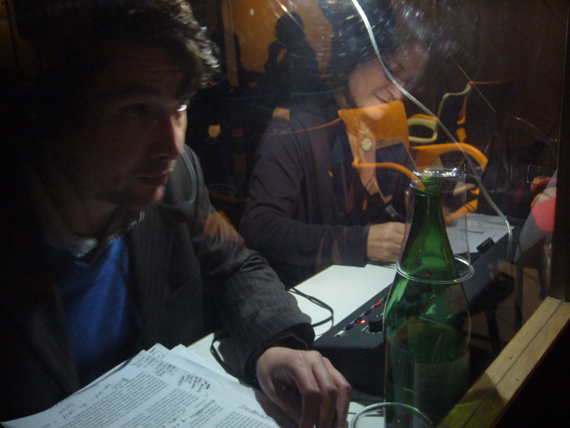 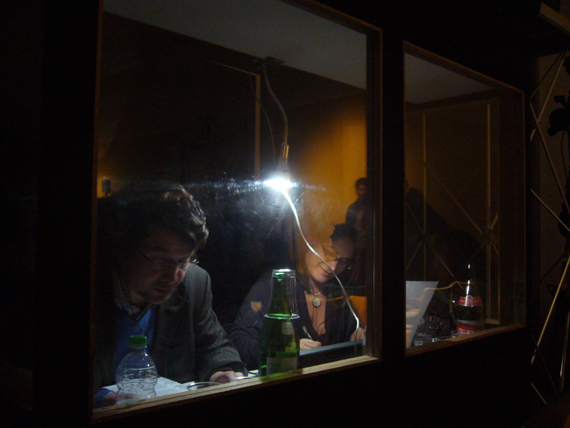 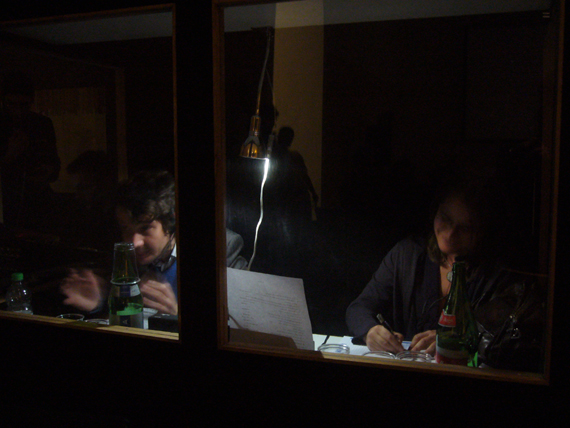 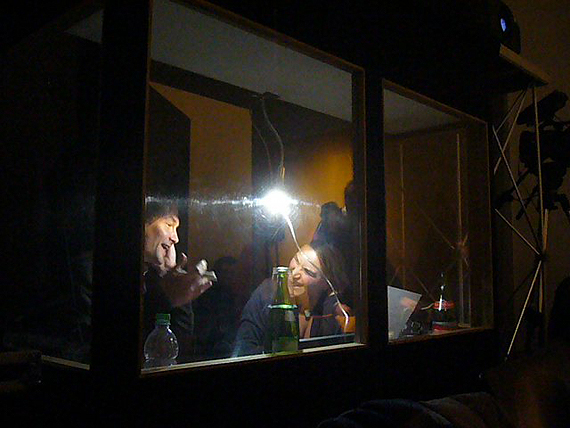 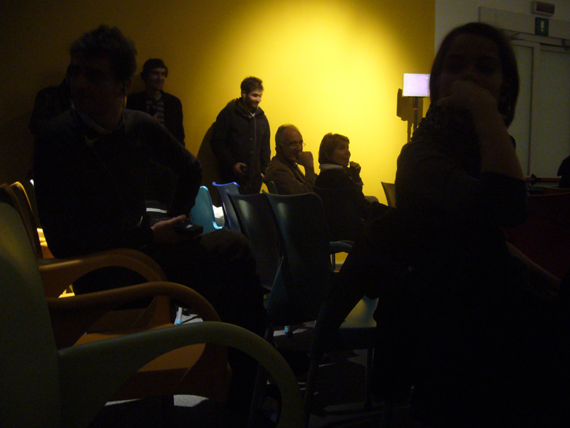 Some of our good radio friends were also invited, so we enjoyed the trip immensely. Particularly enjoyable was Richard Thomas playing with his talk by entering the translators booth at the back of the room to give an energetic delivery directly with his translator Gabrielle. What was supposed to be a simultaneous affair was turned into a two-handed secret performance. It took the audience a while to figure out where Richard was speaking from, as the stage remained empty 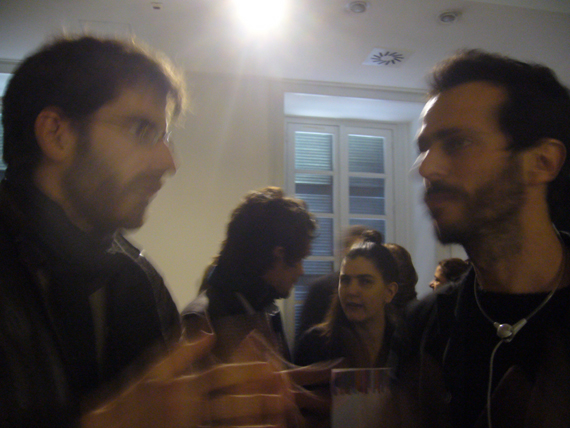