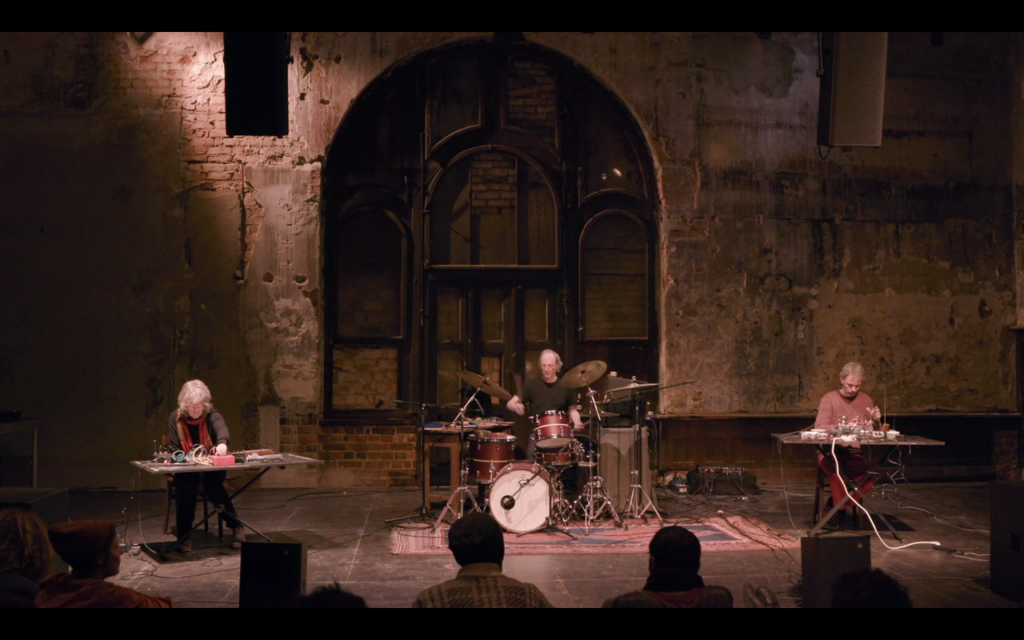 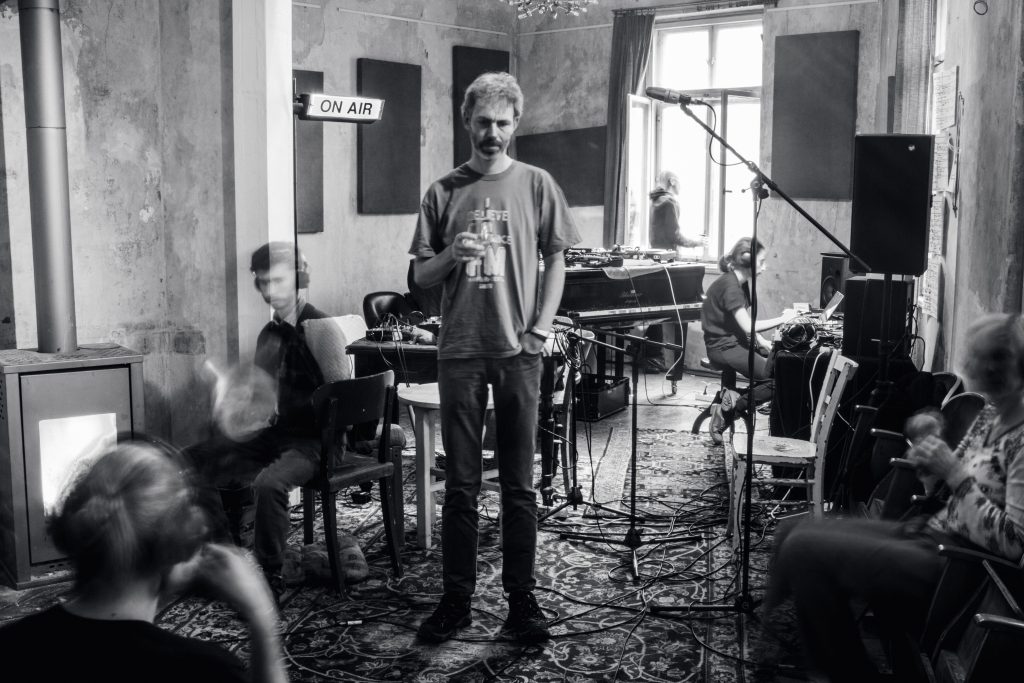 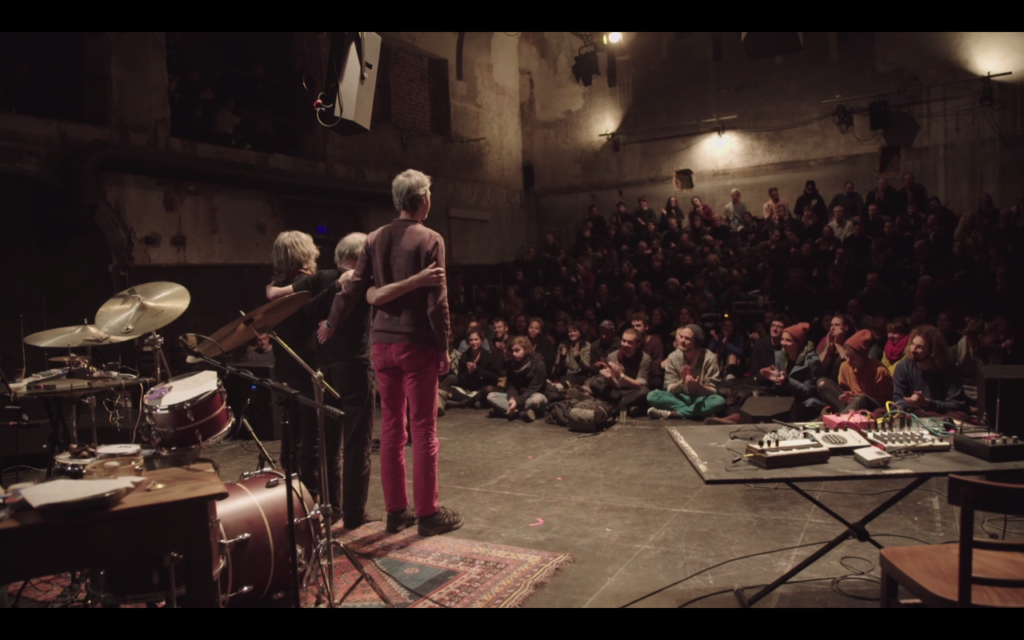 This must have been one of the most unusual locations we have ever played a Tonic Train concert in: the Hallraum Worringer Platz in Düsseldorf. The venue is a small glasshouse that is situated on a heavily frequented traffic island close to the city’s main station. The setting was intimate, with the curious audience crouched around us listening intently. However, the guiding theme for the performance emanated from the outside, from the constant car traffic and the electromagnetic disturbances from the busy adjacent tram stop that Sarah could pick up with a scanner. And then there was a secondary audience, just outside of the glasshouse, that didn’t care but also didn’t mind us being there while they were drinking and injecting. It was a memorable event, the last warm evening of the year, and strangely life-affirming. 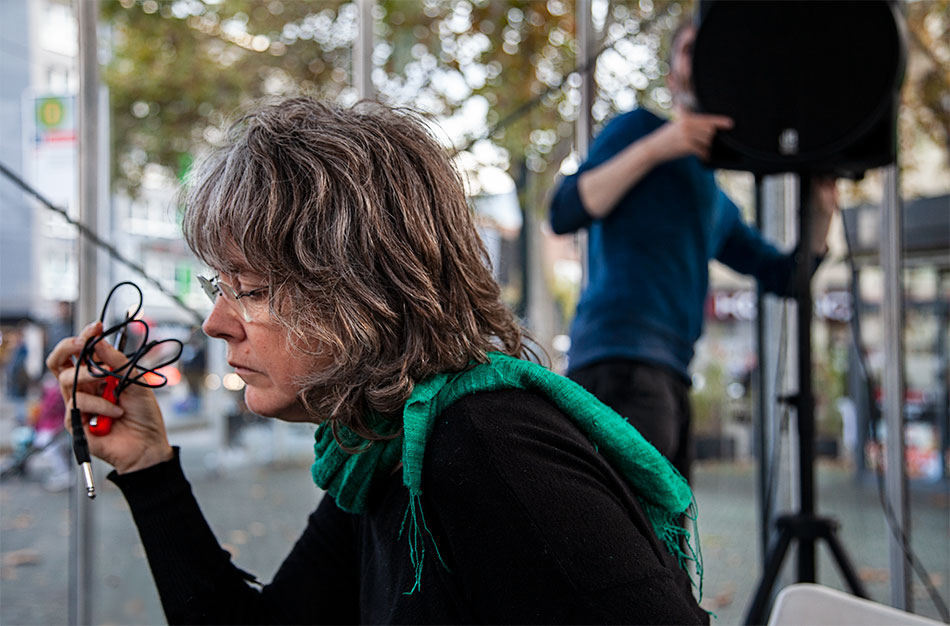 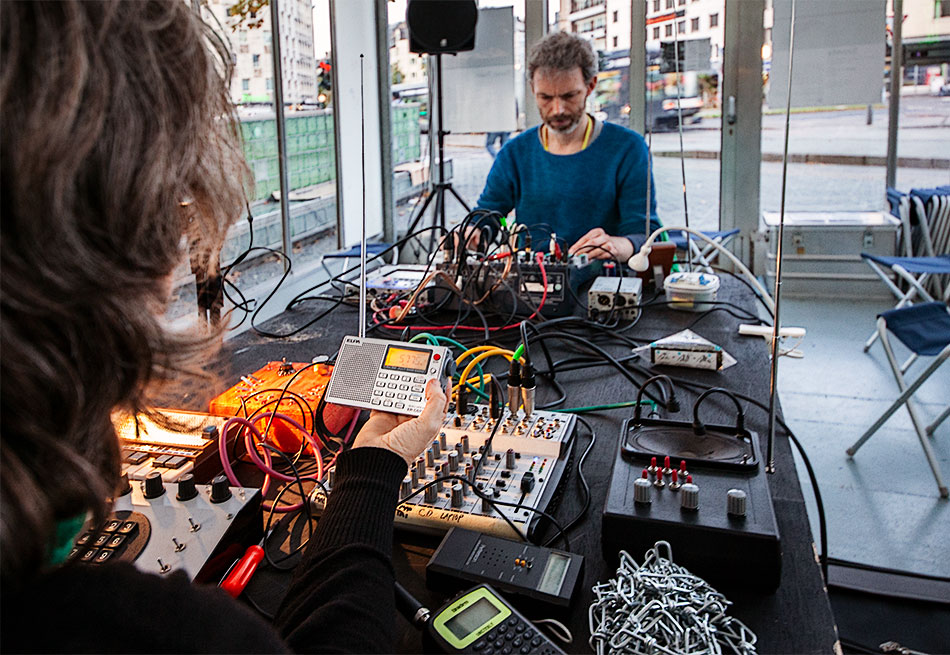 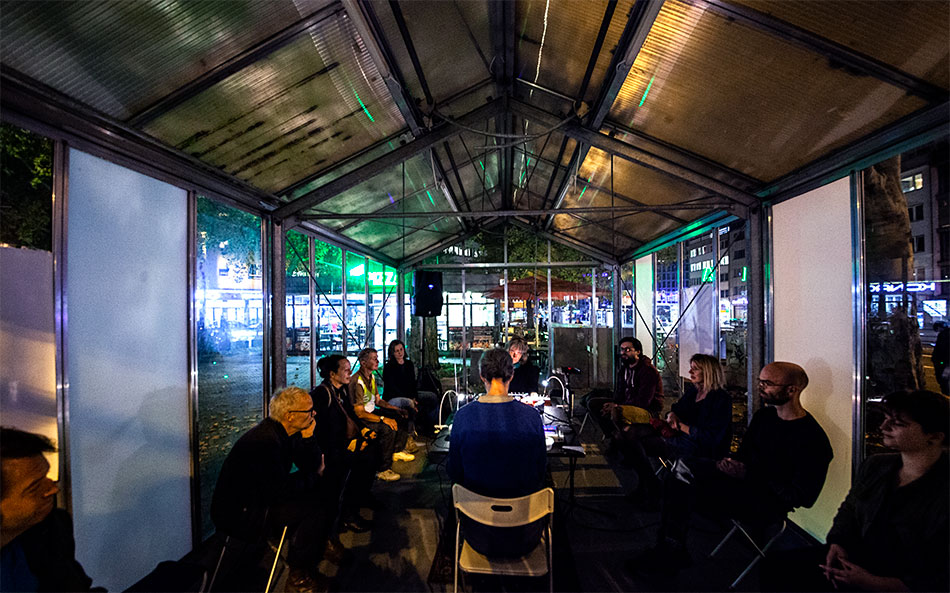 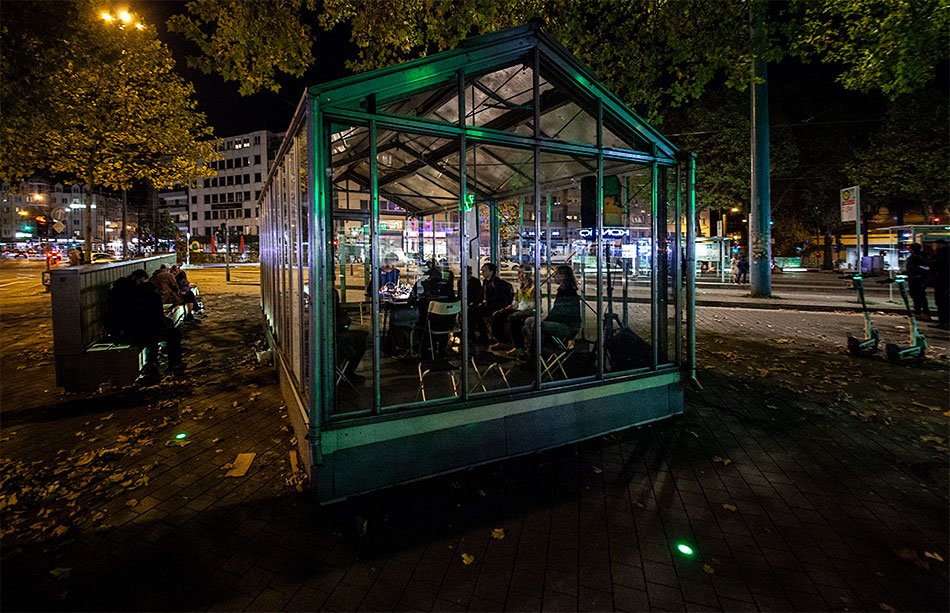 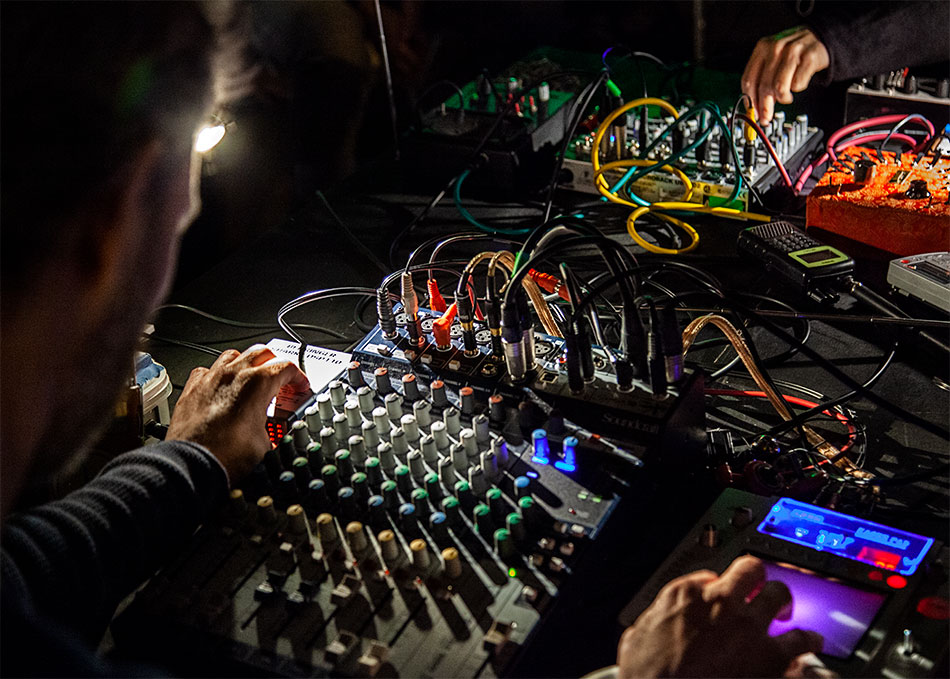 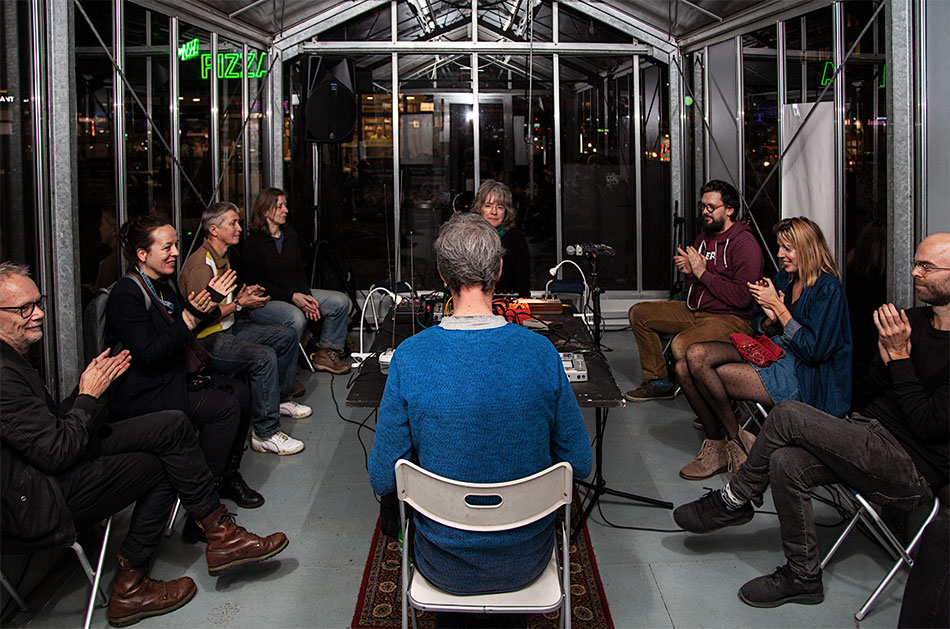 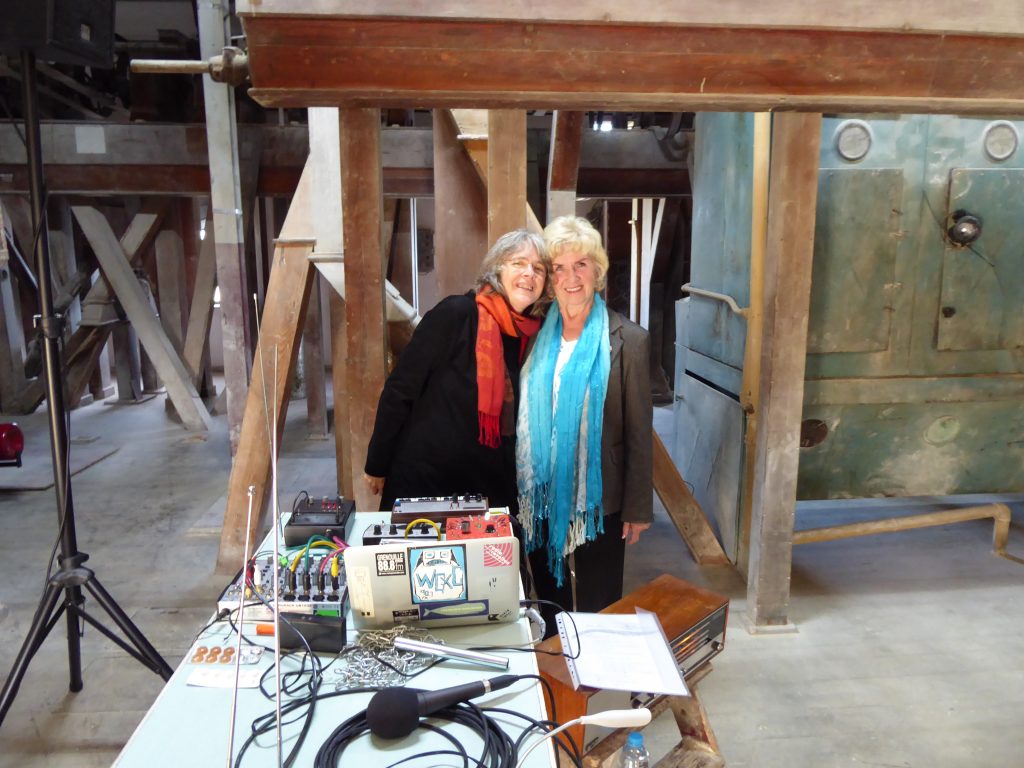 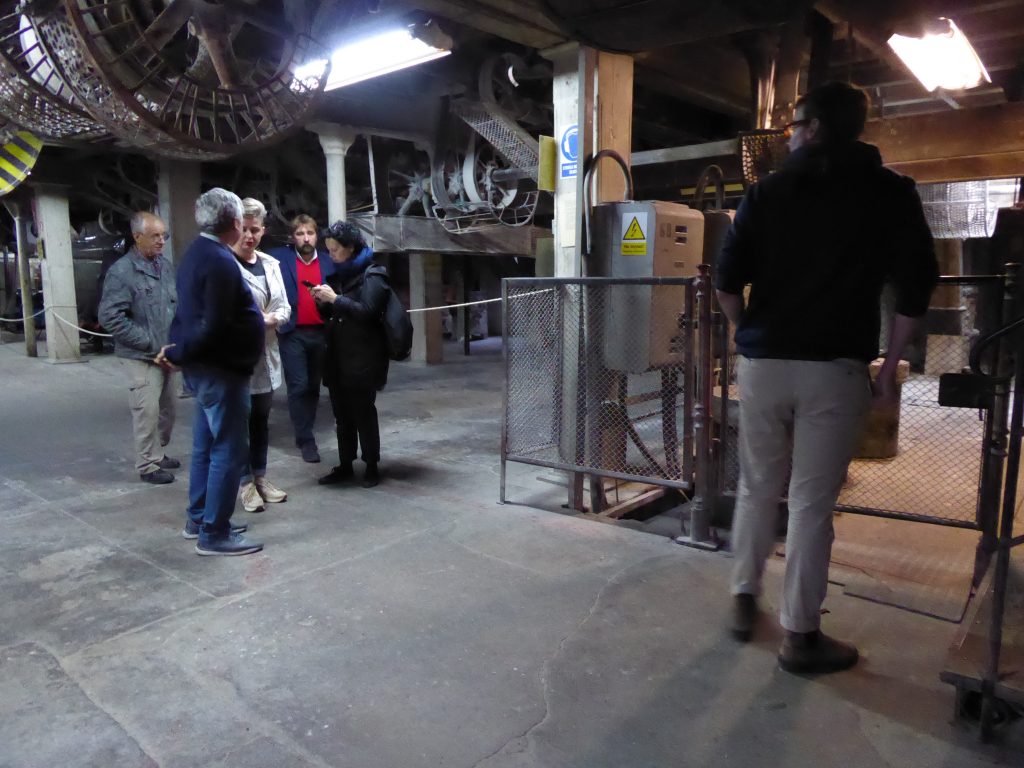 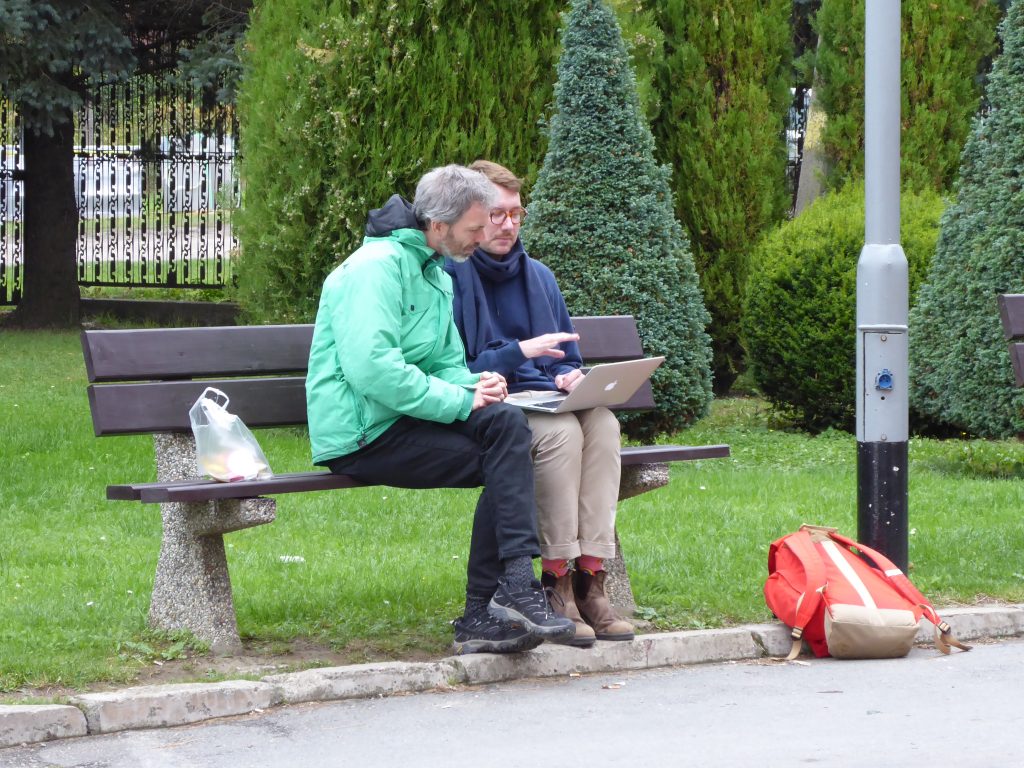 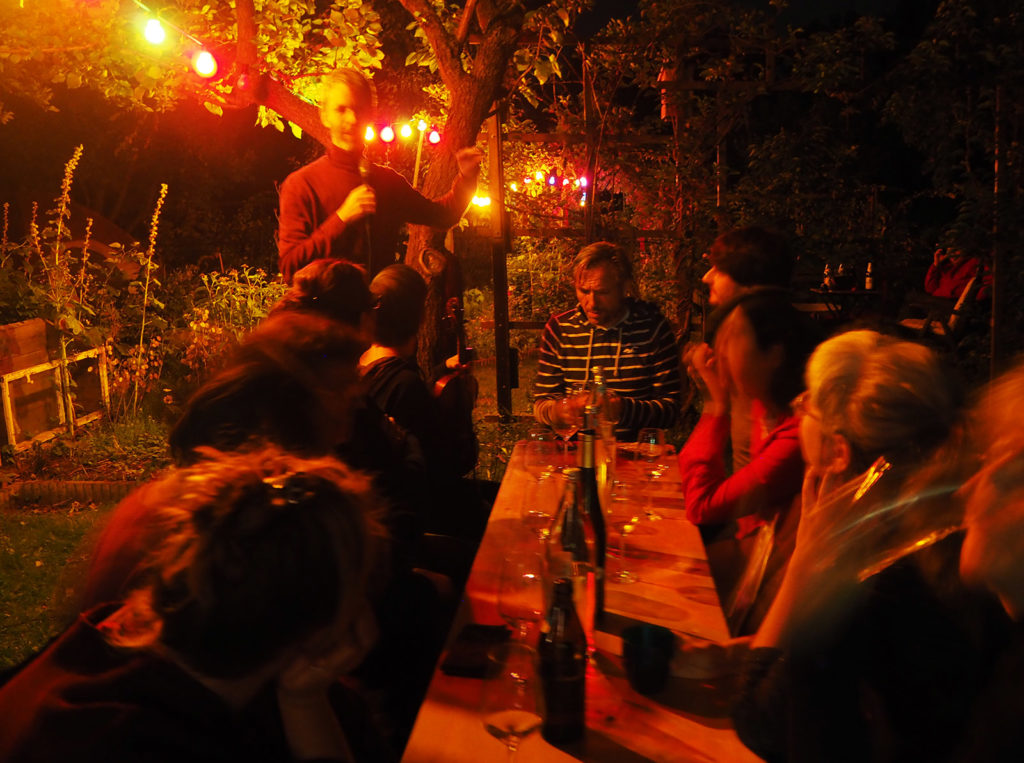 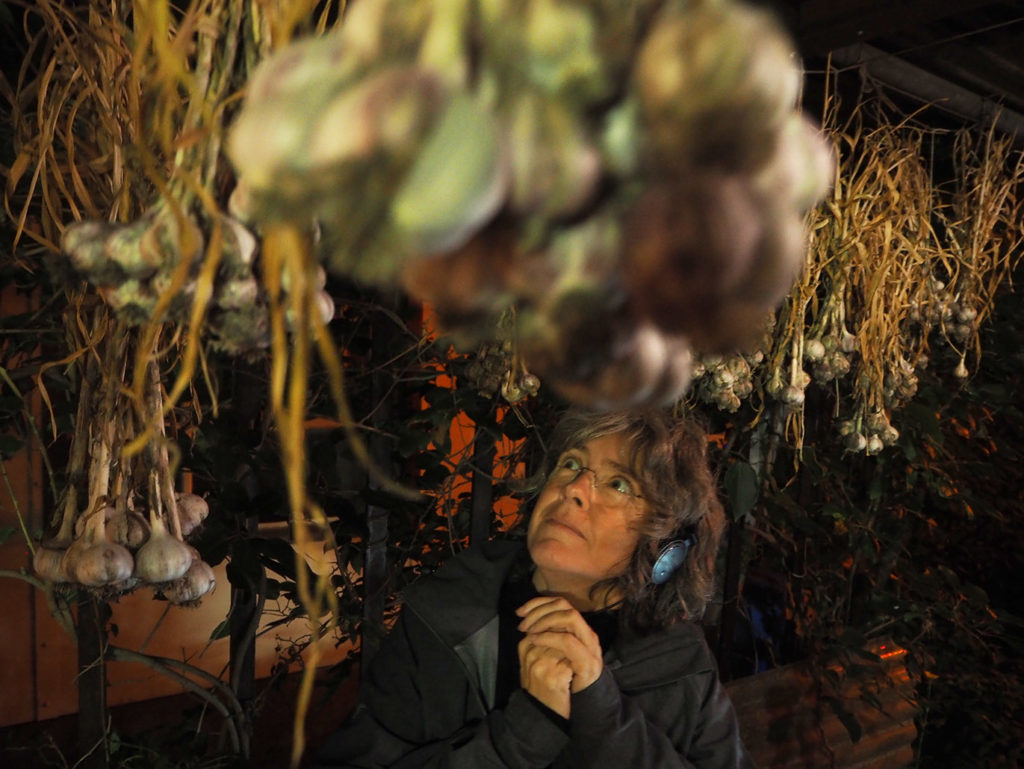 The above work was our answer to a rare request to create sound pieces for a private birthday party that was taking place in the construction site of the Alte Weinbauschule in Bernkastel.

Sarah created the sound installation Birthday Bash. The sounds, recorded two days previously at the site, are of various building activities or were made by playing in the empty resonant spaces with found materials such as metal bars, bottles and sheets of polystyrene. Audio transformations were made to short excerpts of the recordings, which were then played randomly over two radio transmitters to 30 radios. As it was very noisy on site, the recreation you can hear above was made afterwards to give a clean sound.

Knut placed field recordings of fermenting wine barrels at the bottom of the building’s staircase, referencing the former use of the premise as a school for apprentice wine makers.

Sarah travelled to London to join the other members of Unhappy Fly for a gig at Mau Mau Bar in Portabello Road. The following morning they set up for a live session on Resonance FM’s Hello Goodbye show, which was captured on video.

The self-titled LP Unhappy Fly including a rare see-through lathe cut seven inch single can be bought from Rough Trade, and a growing list of songs can be streamed through Spotify. Other tracks can be found on Youtube and Soundcloud. 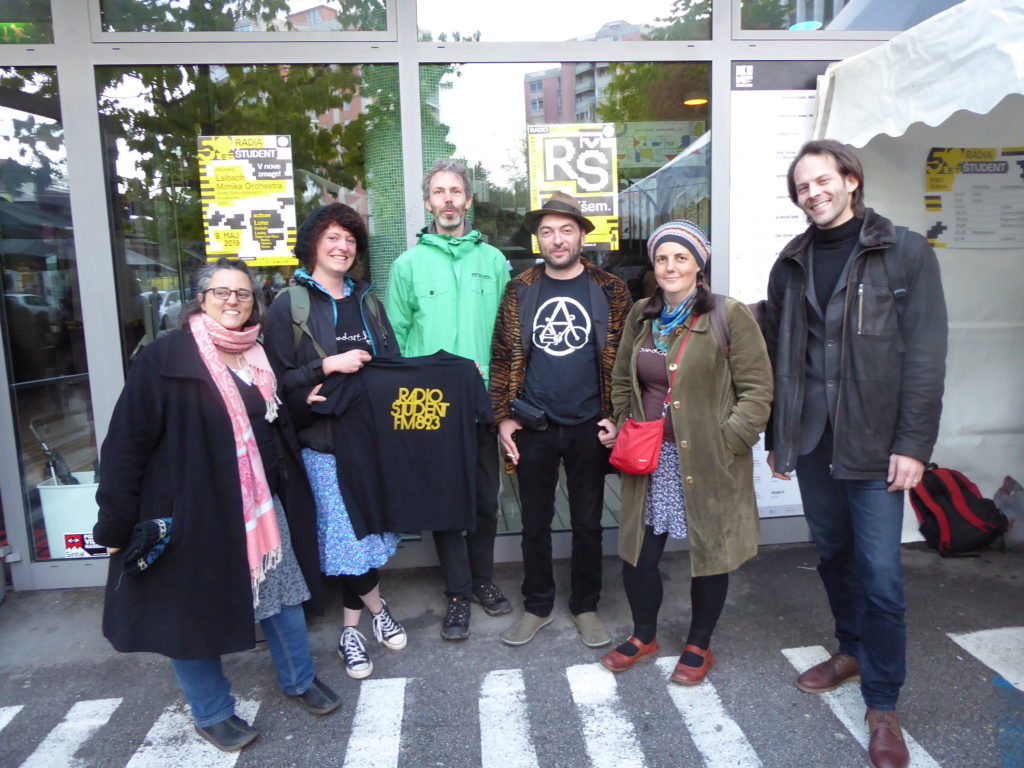 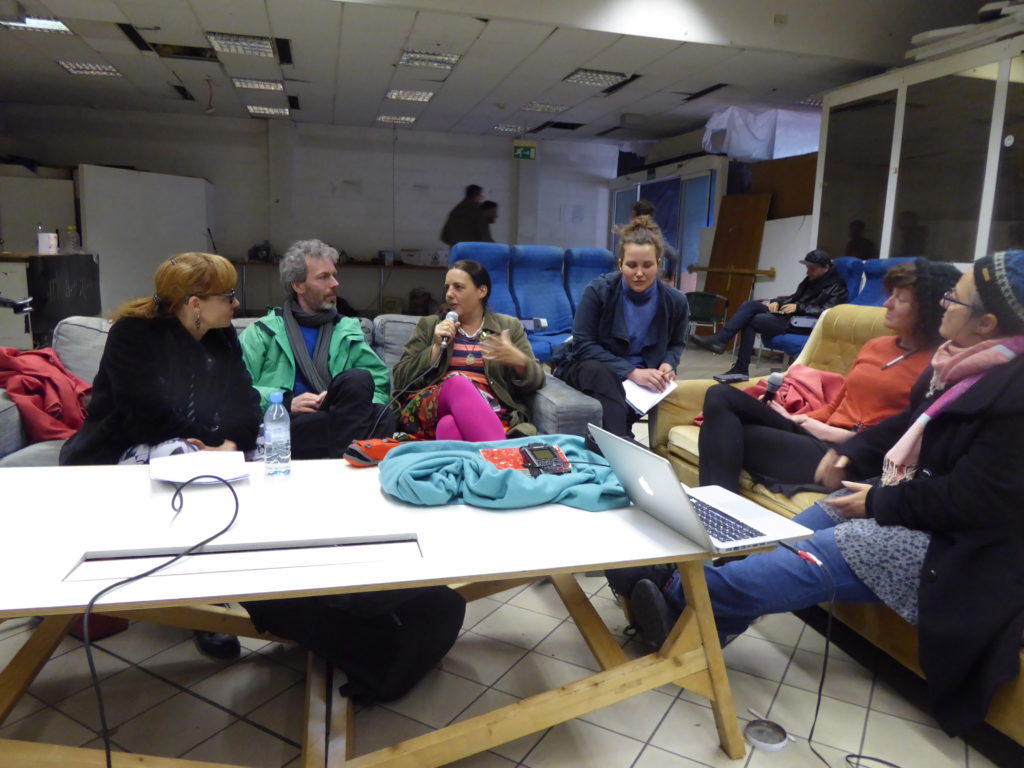 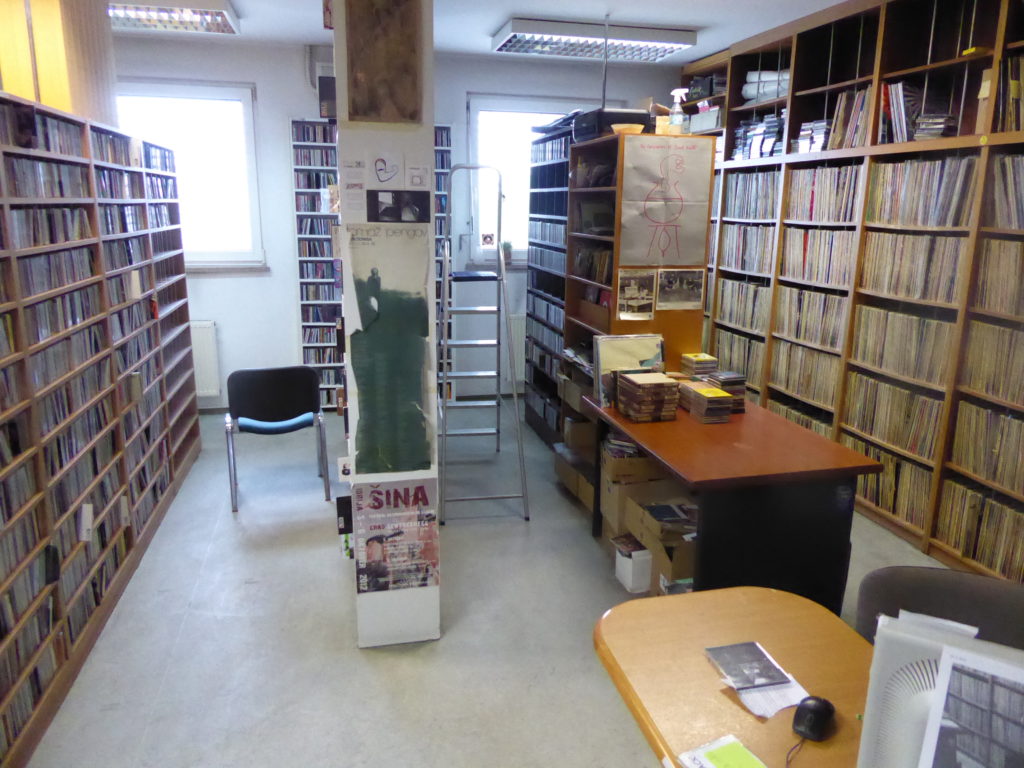 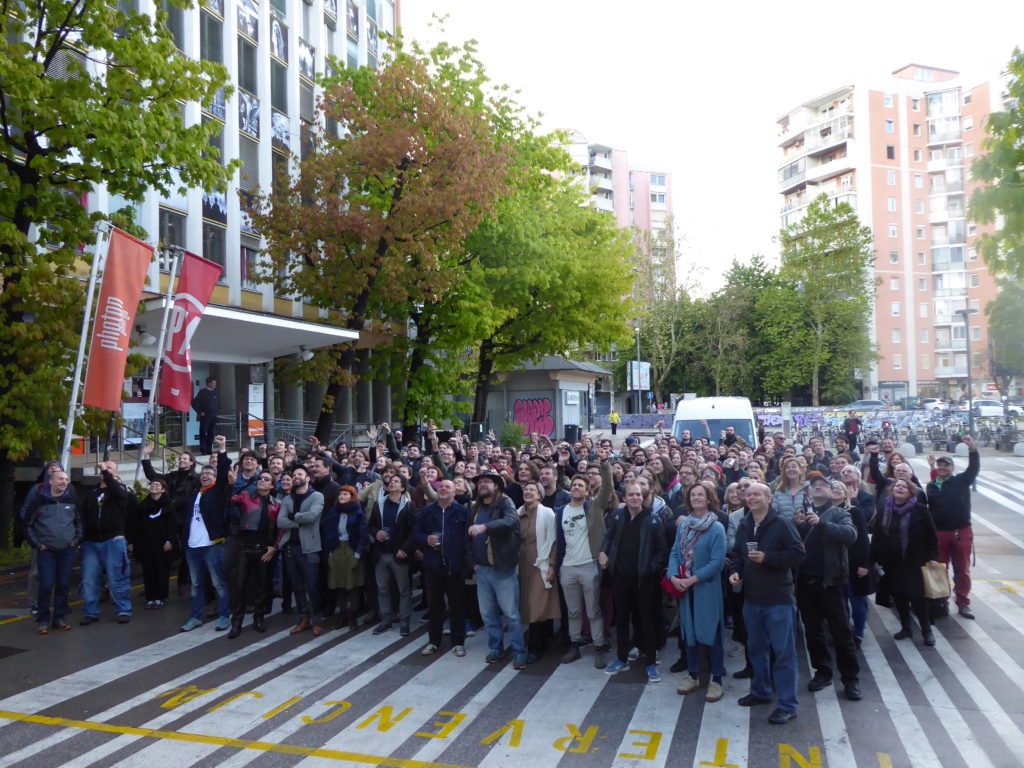 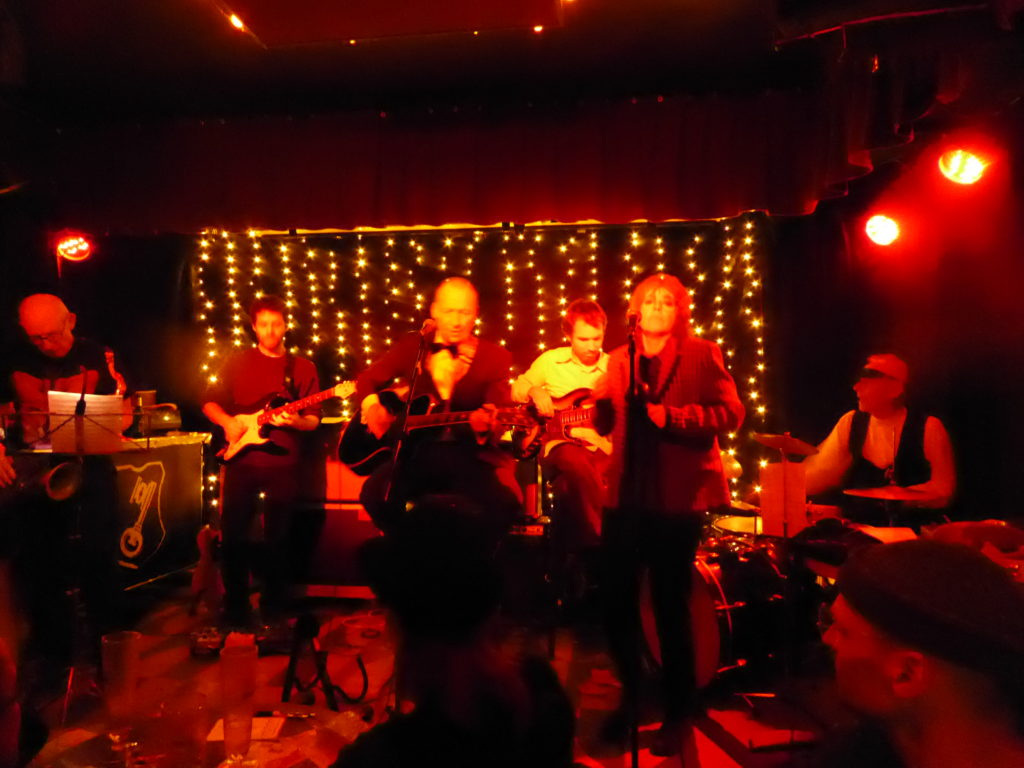 In the long run-up to the release of their first album Unhappy Fly had their first live gigs in Berlin with a two-day residency at Bar Bobu. The line-up consisted of Xentos Fray Bentos (vocals, guitar, entertainment), Richard Dudanski (drums, percussion), Sarah Washington (vocals, harmonies, circuits), John Glyn (saxophones), Christian Schmidt (bass) and Owen Ross (electric guitar). It was a blast! Due to a yes-smoking policy all tunes had to be transposed down five semitones for the second night. 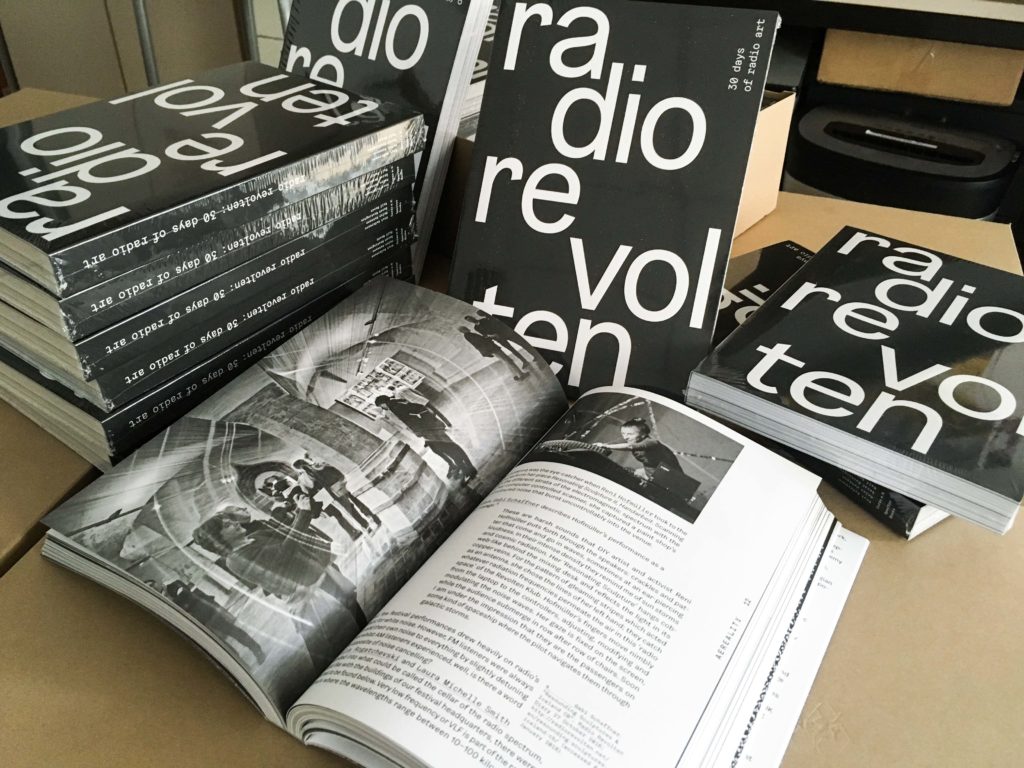 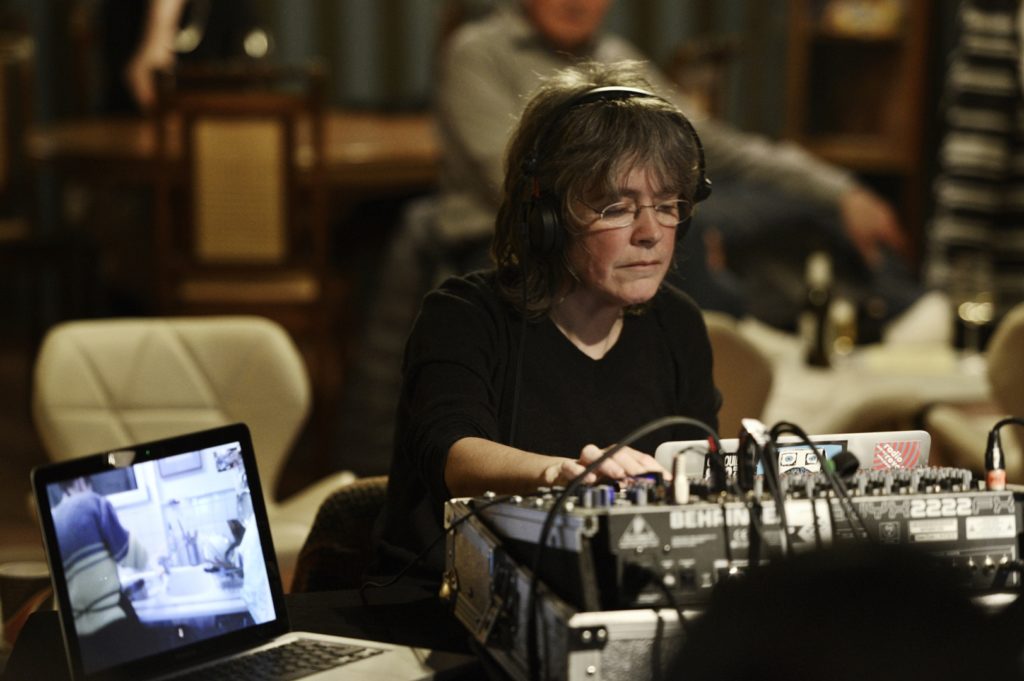 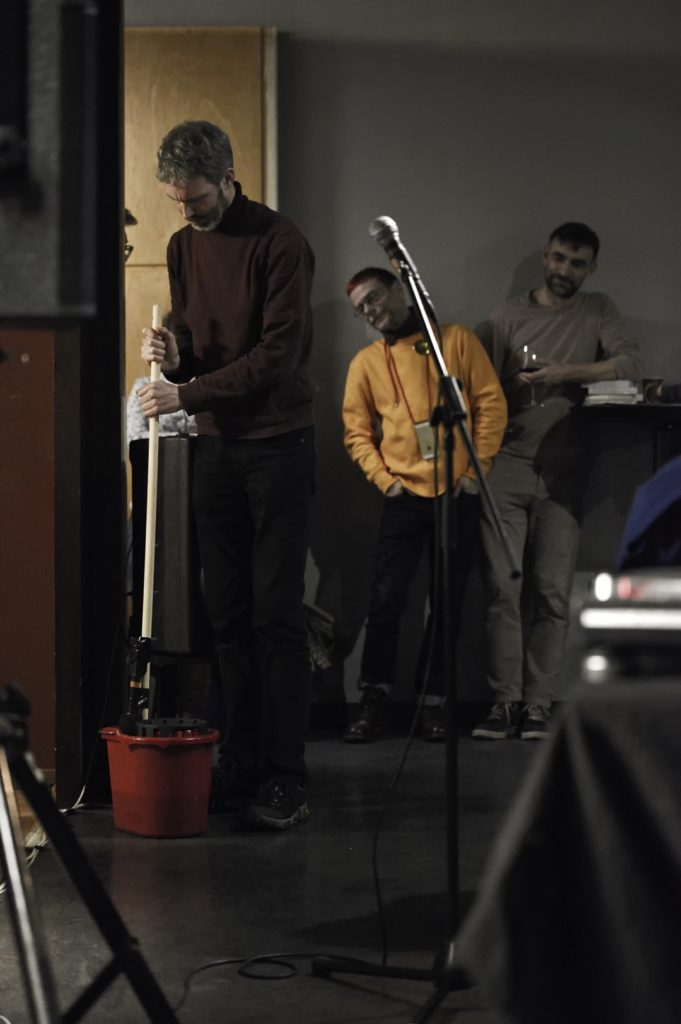 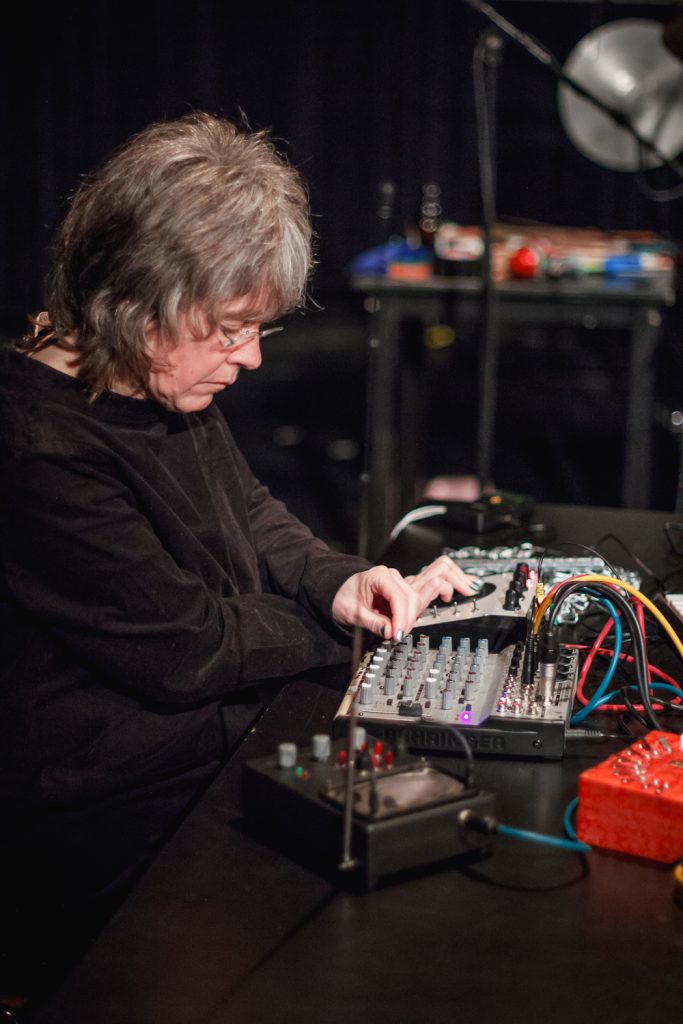 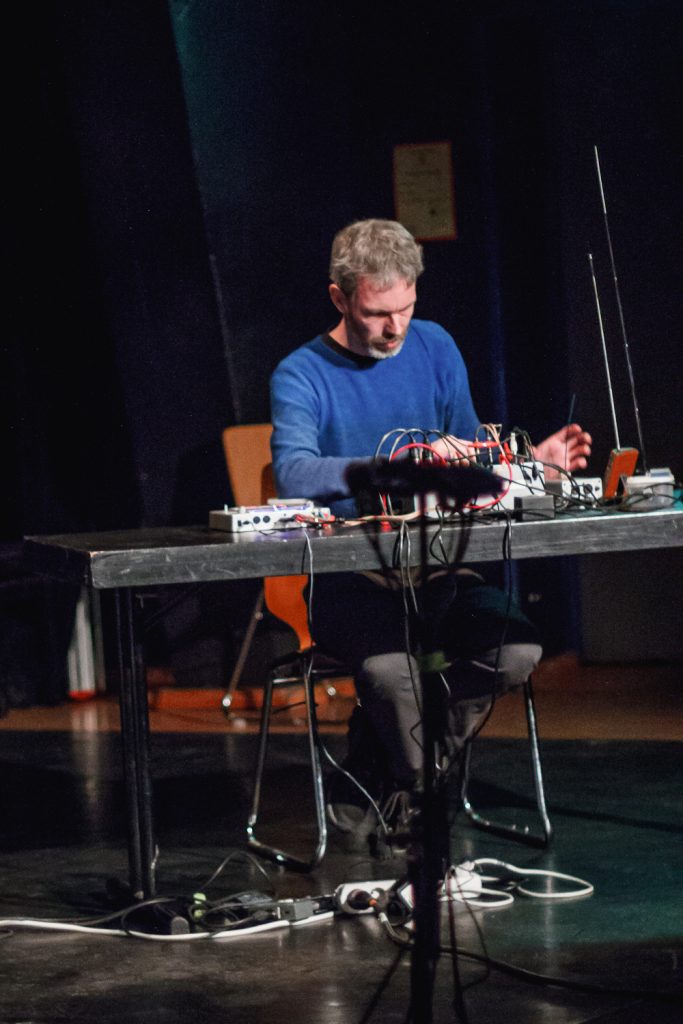 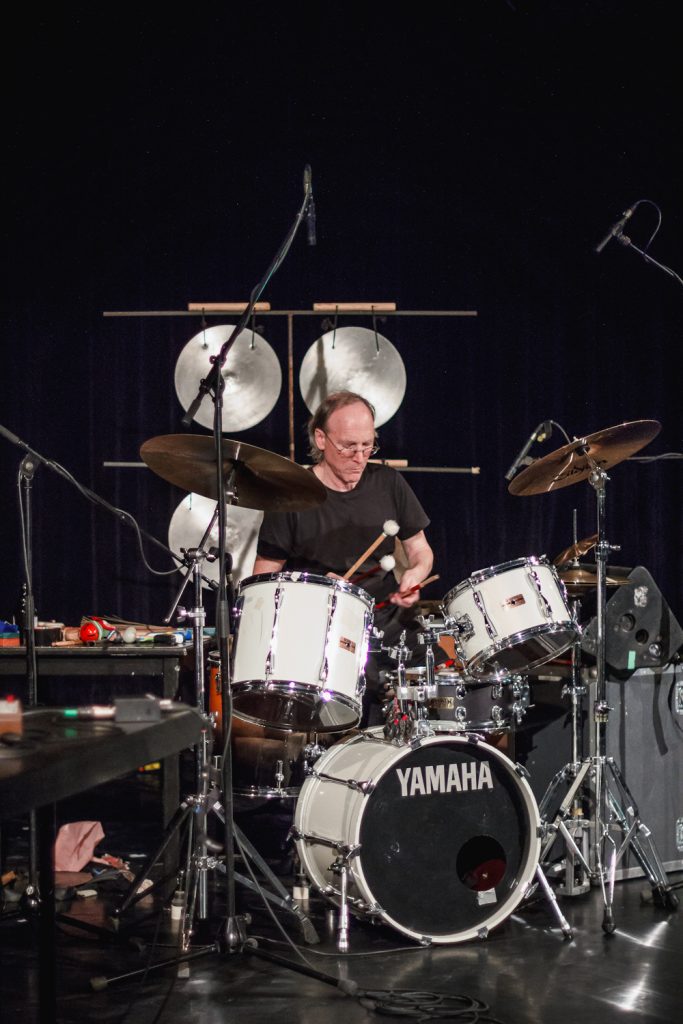 In conjunction with Luxembourg’s community station Radio Ara we ran a Radio Art workshop at the Centre National de l’Audiovisuel in Dudelange. During two day-long sessions the twelve participants recorded and constructed the first contribution of Radio Ara to the Radia network: 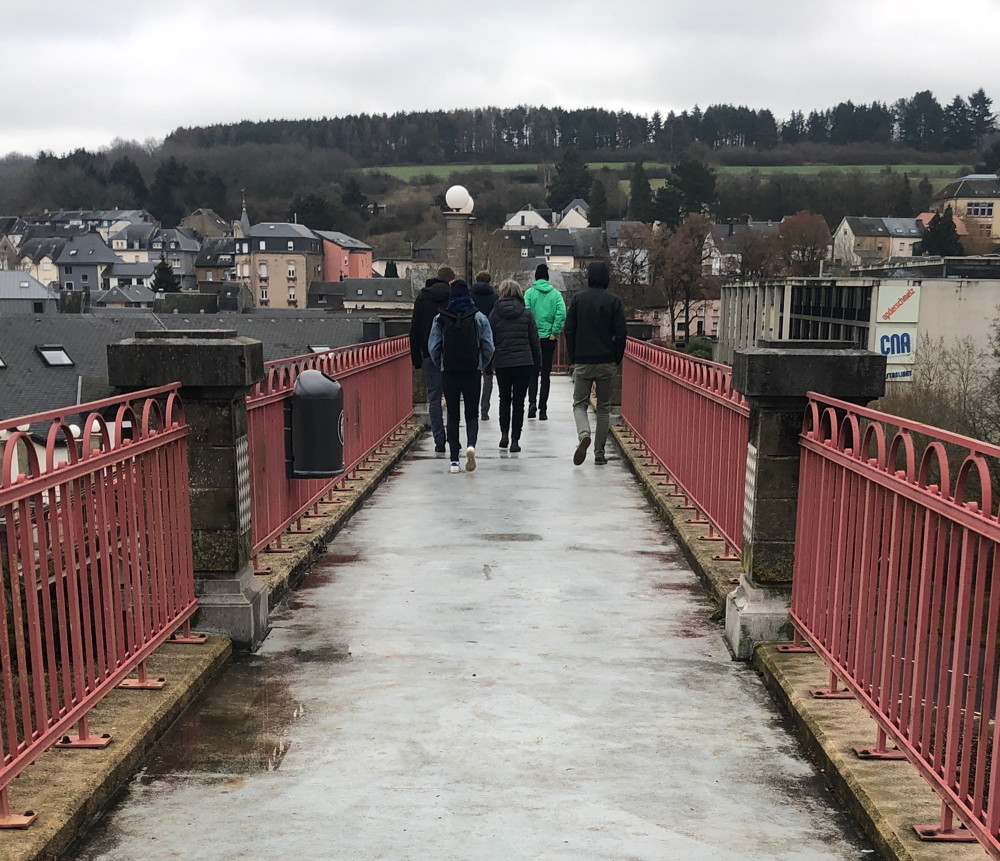