There are few better things than witnessing the birth of a new radio station. In this case Mobile Radio played midwife to the new “Radio im Fluss” which can be translated as “radio in flux” but is also a word play on the location of its host organisation, the Centre for Artists’ Publications, situated at the Weserburg Museum on an island in the river Weser in Bremen. Conceived as an outlet for the extensive collection of radio art at the research centre, “Radio im Fluss” also manifests as a weekly slot on Bremen’s community radio channel Radio Weser.TV.

We used an invitation to the opening of the city wide exhibition “Im Inneren der Stadt” to give our radio head Leslie an outing in Bremen, turning the evening party into a temporary pirate radio station. 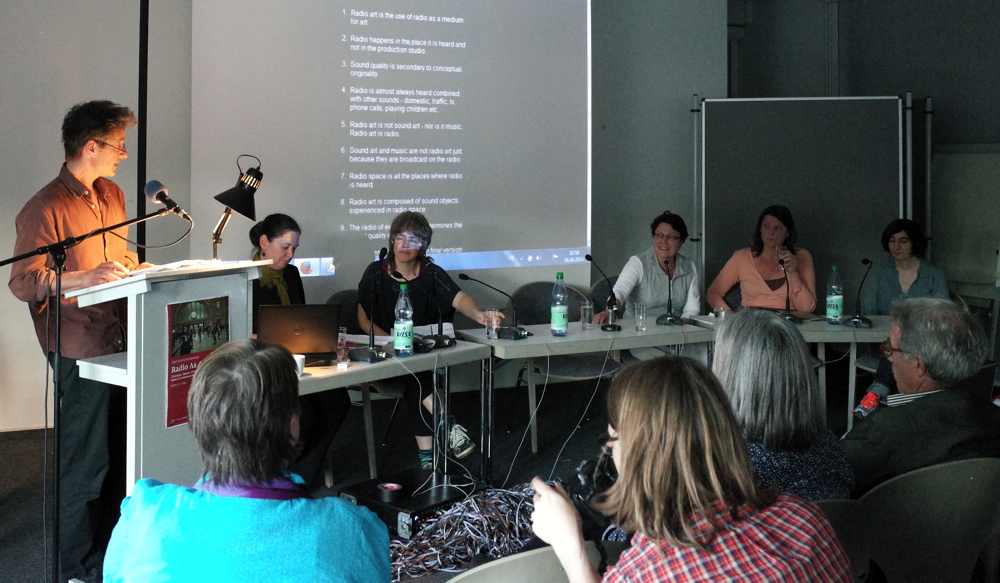 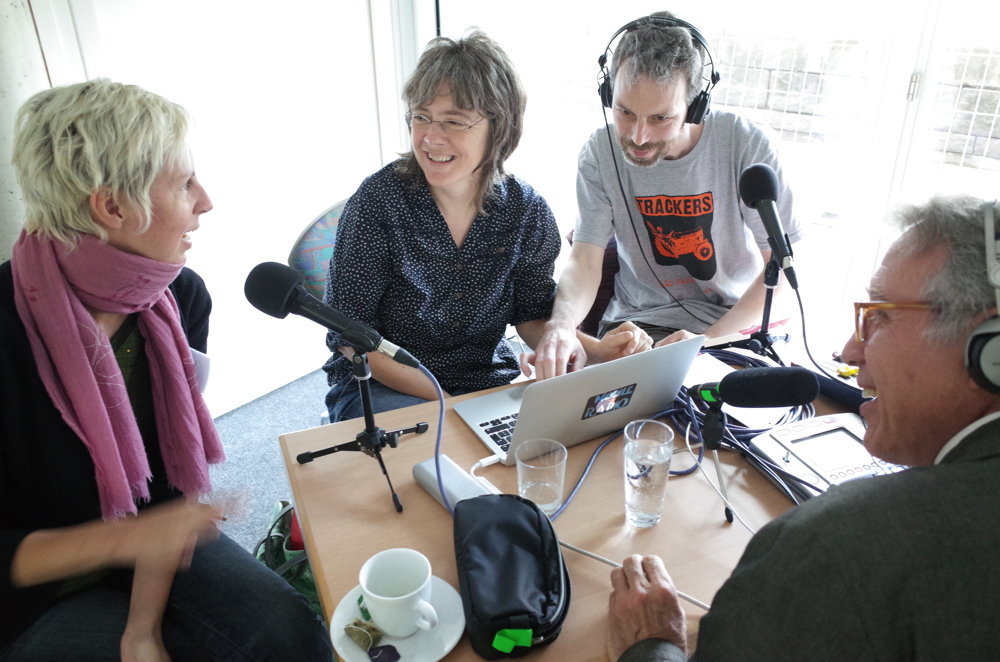 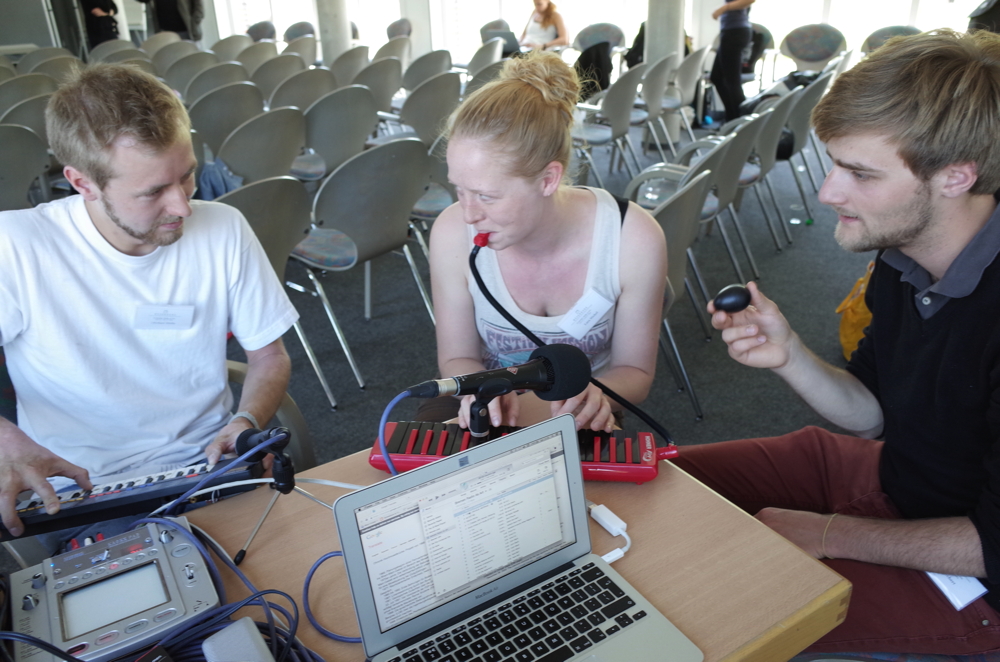 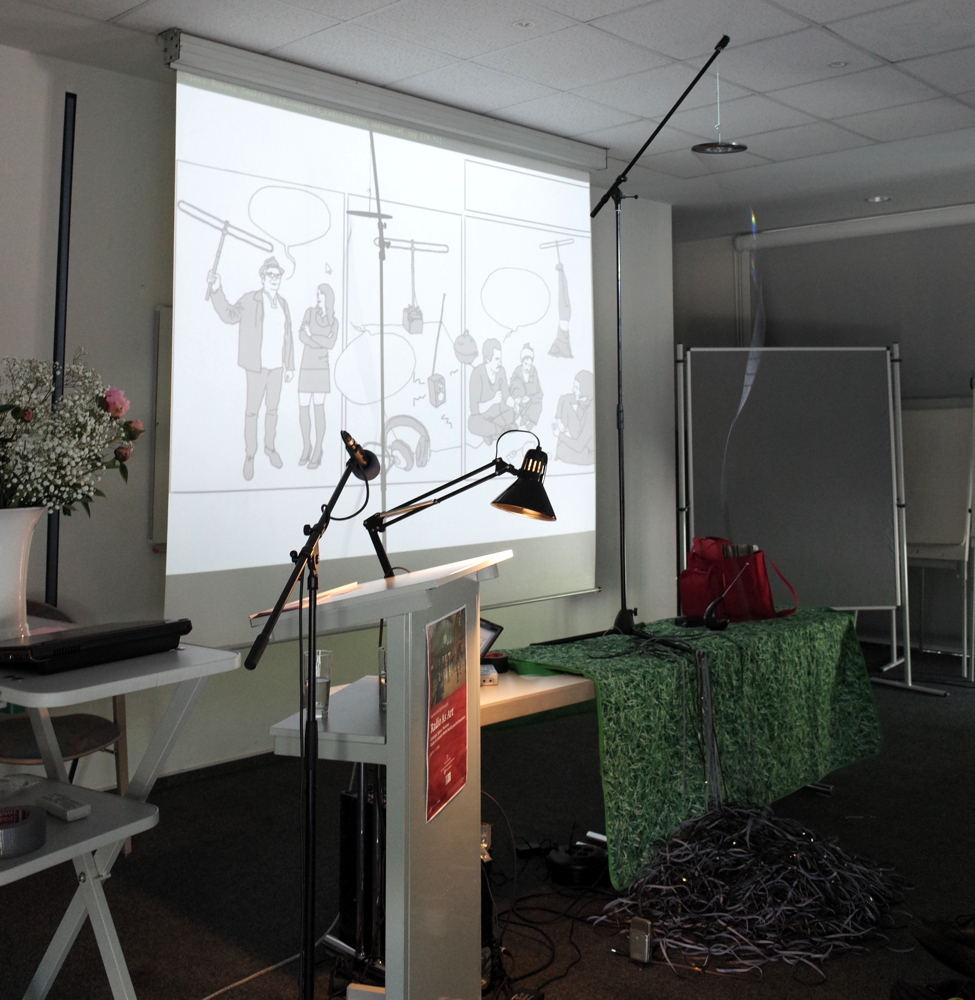 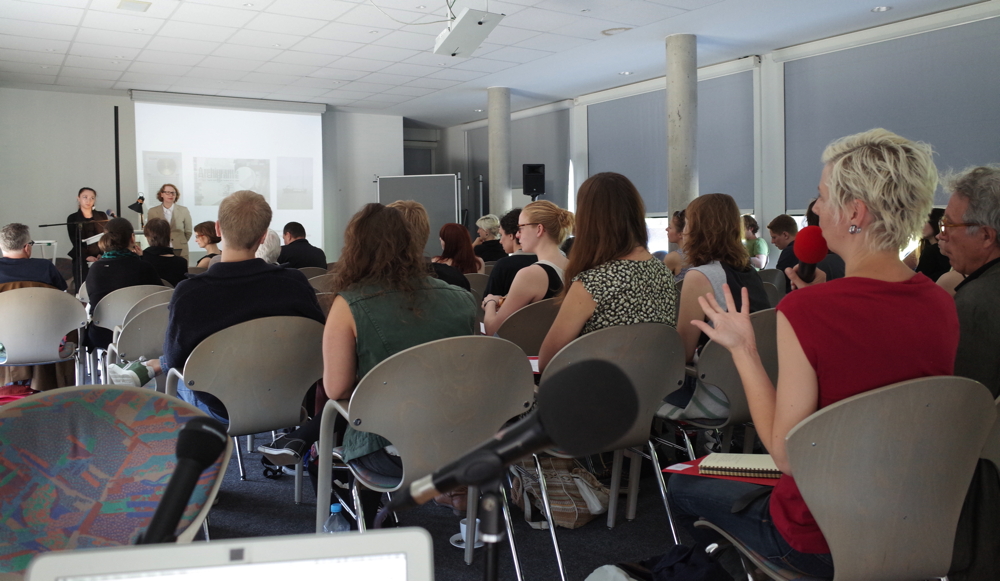 For the celebration of the 1000050th birthday of art we were invited to do a joint broadcast with Willem de Ridder at the Weserburg Museum of Modern Art. Initiated by Anne Thurmann-Jajes of the Research Centre for Artists’ Publications and hosted by Regine Beyer this was our first meeting with the fluxus godfather of radio art. 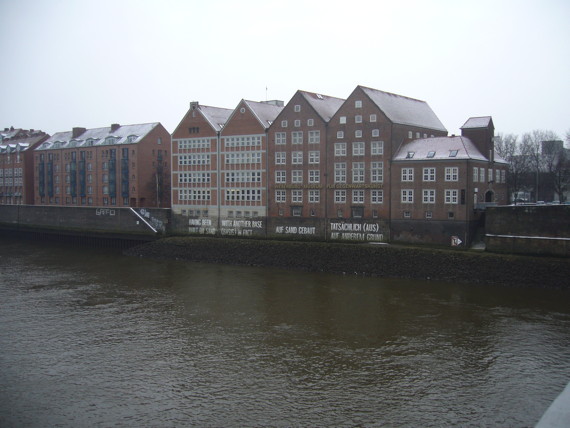 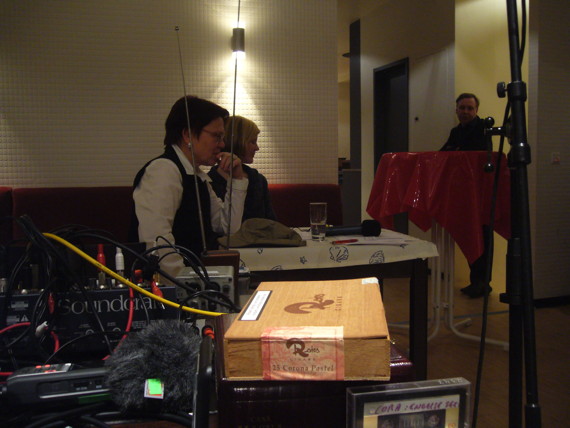 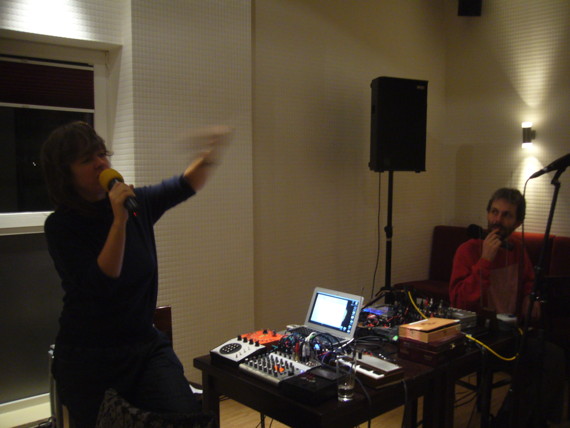 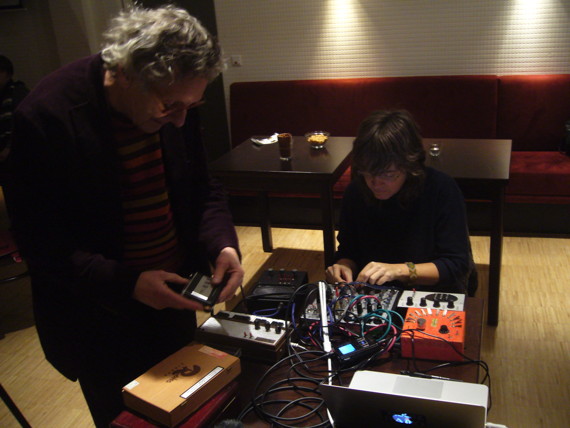 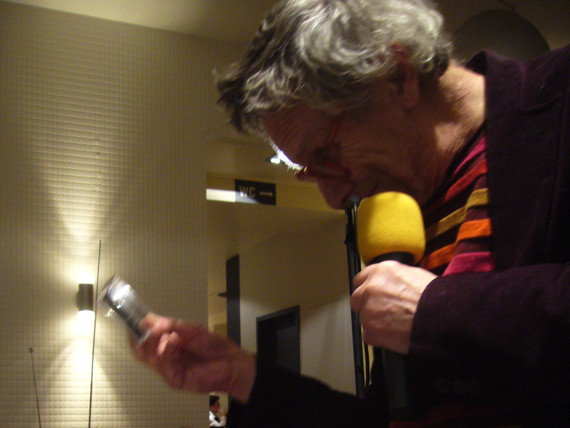 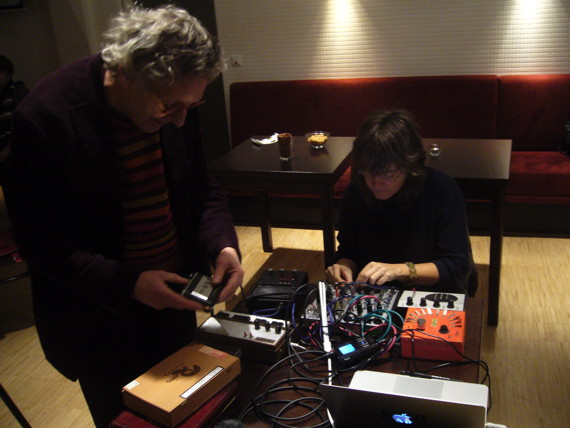 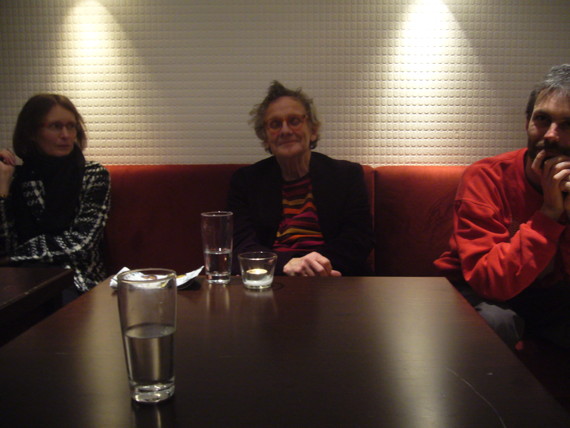 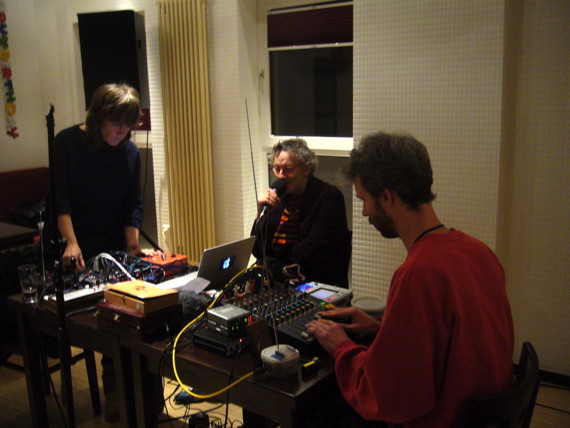 Thanks to Elisabeth Zimmermann from ORF Kunstradio in Austria our live stream was carried on the EBU satellite HAYDN for 20 minutes and picked up by radio stations around the world. It was a ball working with Willem, who has a knack for summoning up innumerable possibilities out of thin air. We gave a talk about Mobile Radio and performances in various combinations throughout the evening. Especially noteworthy was the duo of Willem’s compelling meandering voice and the echoing response of Sarah’s electronic beeps. They were lost in space for a little while there.

We were invited for a short trip to Bremen to take part in a radio workshop, and to produce two shows for a five day FM broadcast called Schwankungen.

From our hotel room we played a short concert over the phone for a radio party at the Govett-Brewster Art Gallery in New Plymouth, New Zealand that was organized by Tetsuo Kogawa.

Mobile Radio presented a Sonic Art Container at the Profile Intermedia Conference. Together with Simon Lucas and Xentos ‘Fray’ Bentos we gave 31 two-minute-long sound and image performances in the form of personality ‘readings’, which were documented as unique DVDs for each participant.

Wired for sound in our space – a chilly metal sea container.

Menu image from the sampler DVD which we produced as final documentation.