We were delighted to accept an offer by Octopus to work as artists in residence on the F.O.N. festival, together with Haco and Susan Matthews. Mobile Radio proposed to develop content for a live radio broadcast to be performed for an audience at the festival. In the preceeding week we worked closely with the other artists, who also joined us for the performance of our piece MORSONATA. The idea of the work was to convert the sound poem Ursonate by exiled German artist Kurt Schwitters into morse code (he spent his last years living and working on his final Merzbau in the region), and weave this into an intimate portrait of Barrow-in-Furness. We used recent recordings made around the town by other artists, combined with our reflection of a historical moment which joins Barrow past to Barrow present 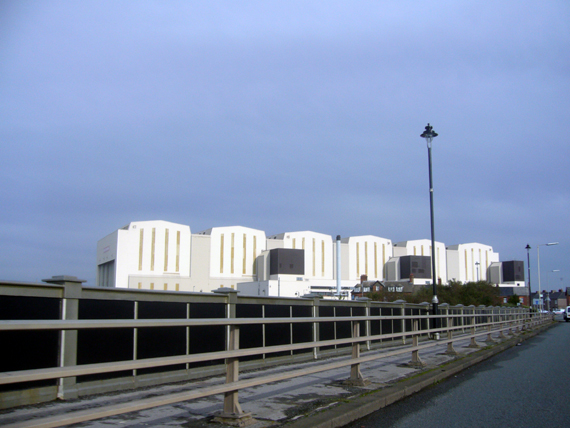 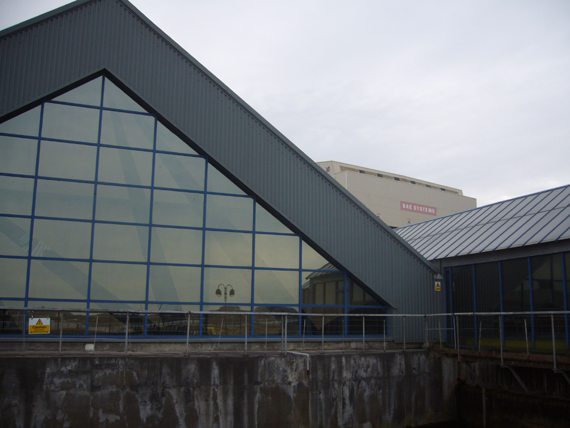 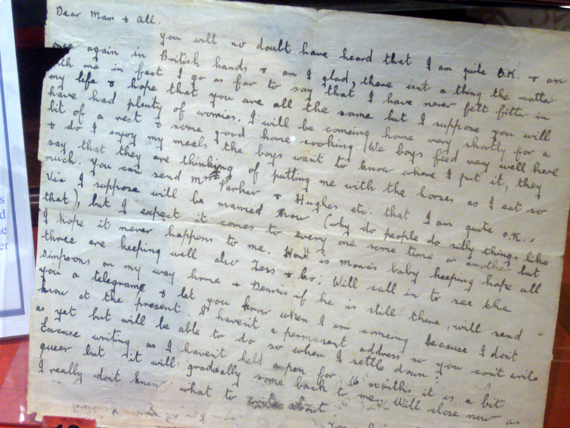 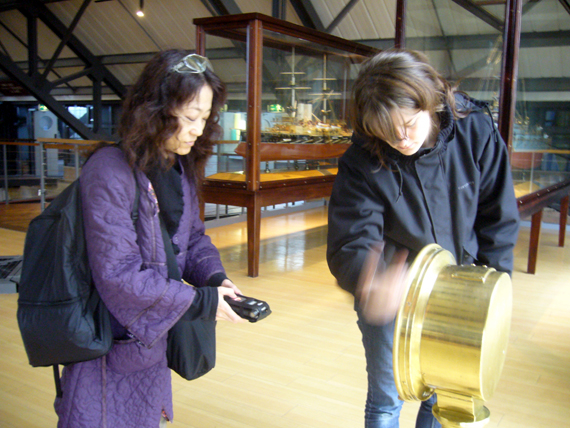 The shed, the museum, the letter, recording by Haco with Fern Oxley. The interesting thing about Barrow is its primary occupation – building nuclear-powered submarines in the enormous shed. Almost everyone in the town inevitably has some relationship to the town’s military industry. You are not allowed to photograph the shed, or indeed capture anything with electronic devices on Barrow Island where it is situated. Octopus held their festival in its shadow, and invited sound artists to work for a week in the area. Haco, who lives in the pioneering nuclear-free port of Kobe, nearly got arrested on her first recording outing, spotted within seconds by security guards with eyeballs fixed on their monitors. We were safer in the Dock Museum, which gave up its secrets willingly. Here Sarah found the letter that was to become the defining text of MORSONATA, sent by POW James M. Freel Leading Seaman Temporary D/JX.149484, to inform his mother that he was alive after evading certain death on his scheduled submarine (having been transferred at the last minute to another one). He was a Charioteer – human torpedo – charged with riding a missile launched from a sub, then detaching the warhead to plant as a mine on the underside of a ship before riding the chariot away again. His letter is hauntingly humble and prosaic, and was brought to life for us by local actor Damo. The mood was set by an opening and closing song, which could only be Shipbuilding by Elvis Costello. We made our own crude Robert Wyatt-style version for voice and harmonium in the ladies toilets (see pics below) 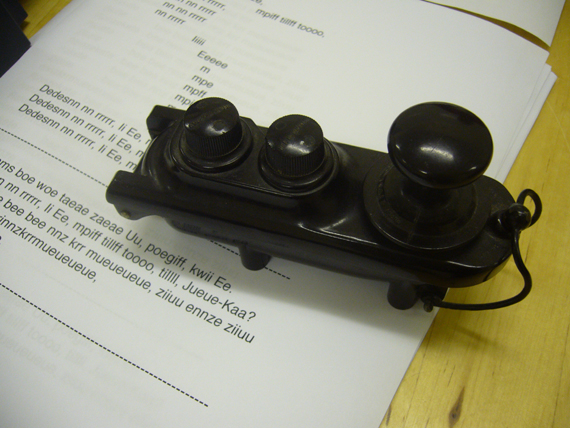 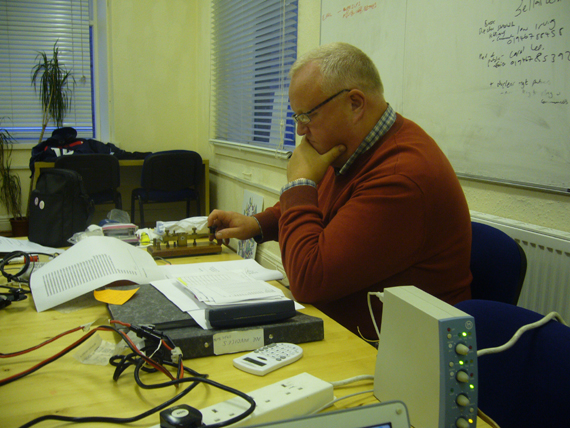 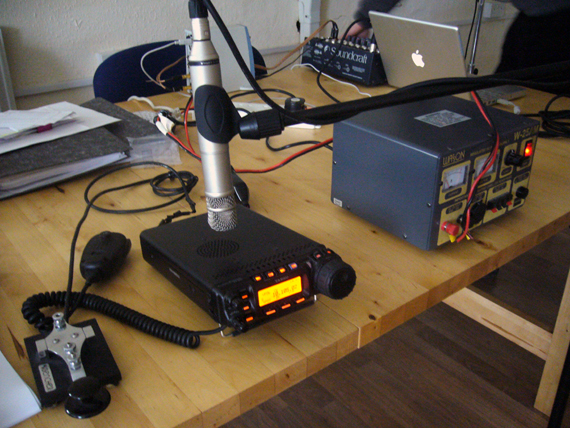 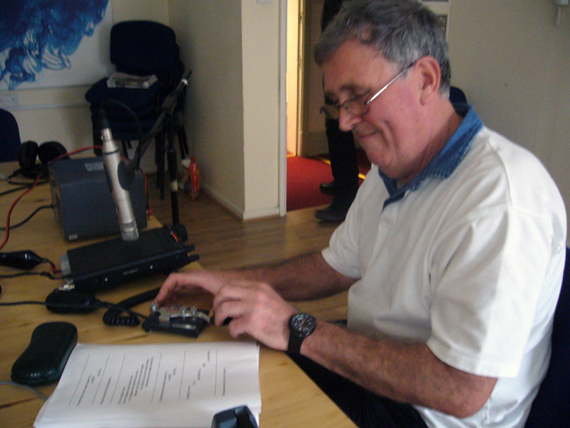 Keying the Ursonate by Kurt Schwitters. It was utterly delightful to be get the chance to work with ex-Navy and Merchant Navy hands Mike Cumming and Bill Jenkins who approached this unusual and challenging task undaunted. They enjoyed listening to morse code again, in fact it sounded like music to Bill’s ears. When it was his turn to listen, Mike was able to follow the nonsensical rhythmic ‘story’ of the Ursonate, and he could relate the exploits of some of the strange ‘characters’. The work is made up entirely of repetitive patterns of speech sounds, which we used as a rhythm track for our submariner-inspired impression of Barrow 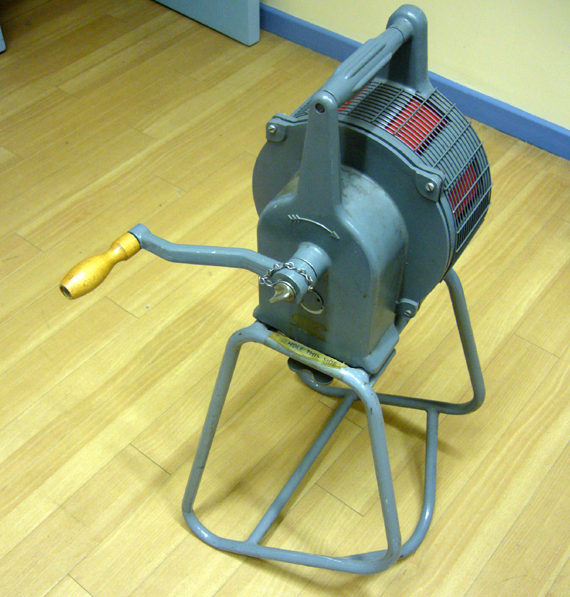 Secomark Hand Operated Syren Type 447, which we were able to test and record on a behind the scenes tour of the museum 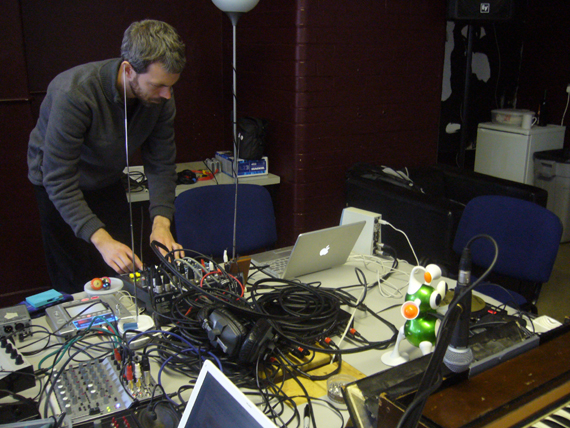 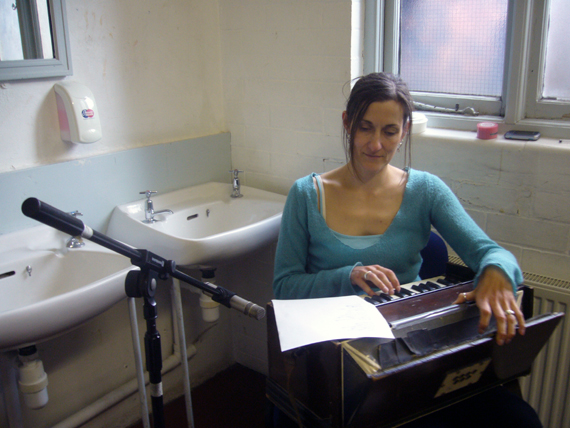 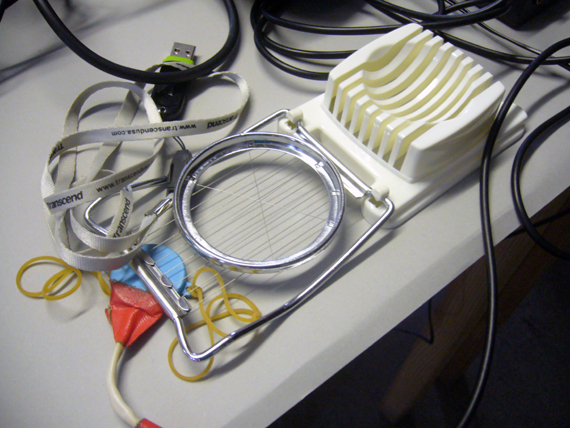 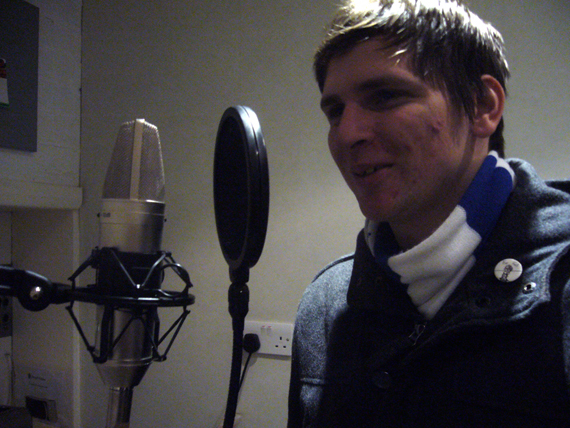 The set-up for our radio show, which went out live on Resonance 104.4FM in London, and the recording sites we used around the Canteen building. MORSONATA was made up of layers of morse code which floated in and out, plus field recordings, piano and organ treatments made by Susan Matthews, Clutter and Haco. On top of that were intertwined live performances by Susan on harmonium, Haco on egg slicer, electronics, cymbal and voice, and Tonic Train with our usual electronic instrumentorium of circuit bending and radio feedback. You can view a couple of excerpts in this video (it’s a slow-burner), and read a little more on the F.O.N. blog 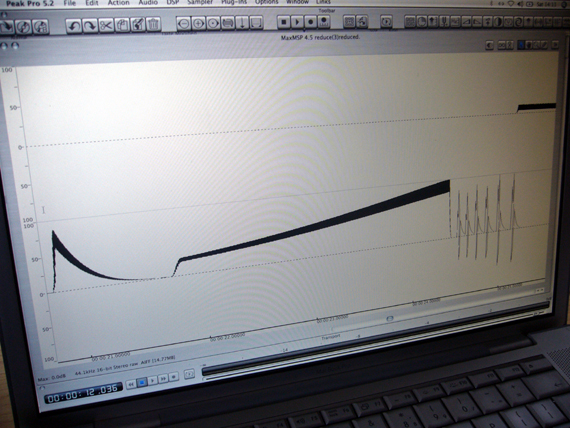 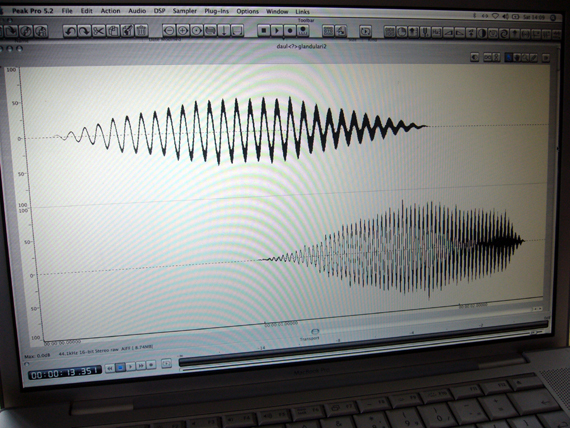 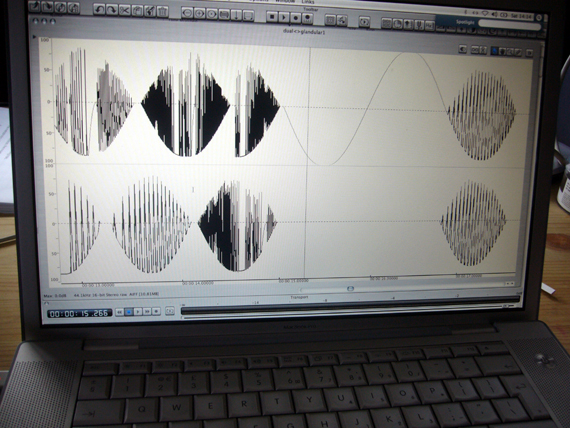 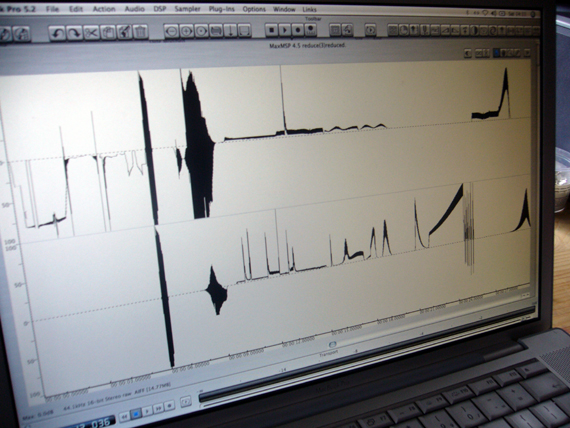 It’s not possible to do the marvelous F.O.N. Festival justice on this site and recount the performances, instead here are a few samples of John Wall’s extreme waveforms as a teasing taste of how it sounded. Full 2009 line-up list and futher info, and latest F.O.N. activities