Sarah was invited to give a seminar on radio at the école de recherche graphique (erg) for their seminar atelier called ‘after empire‘. Under the title ‘Double Hertz Radio’ she brought two FM transmitters with her and led a one day workshop that started with the question ‘What is radio?’ and ended with a series of hilarious performances by the students within the erg building which utilised the two low power radio transmitters and a dozen portable receivers.

The art school has a tradition of working with the medium of radio. This was represented in several other radio related workshops and the set-up of a temporary student station called Radio Ergote that collaborated with Radio Panik in Brussels to access FM airtime. 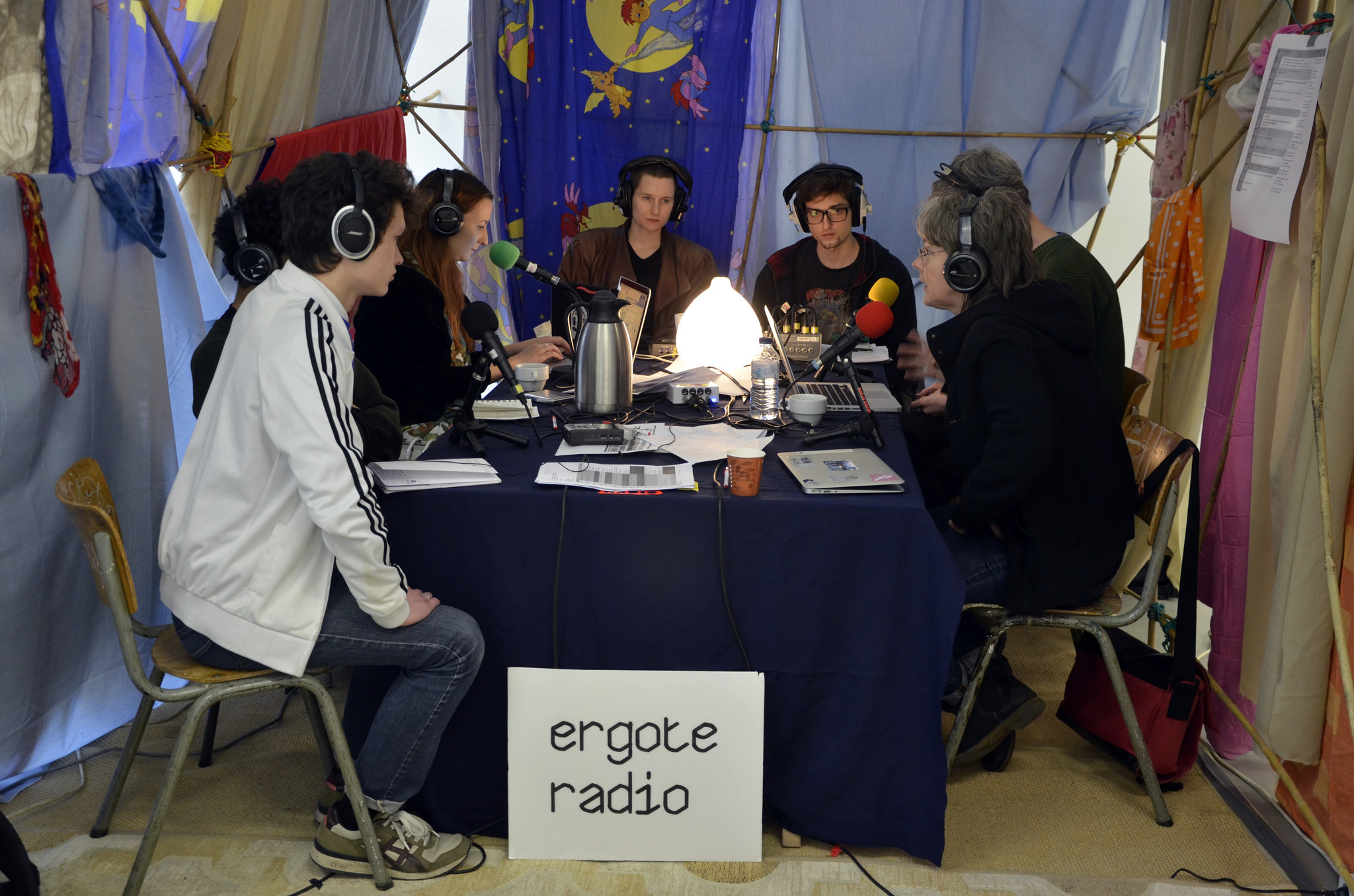