We were invited by Jet FM to the SONOR festival, co-organised with Histoires d’Ondes. The opening was topped by an on-air discussion about radiophonic creation held at the University of Nantes, in which we spoke about the Radia network and radio art in the UK 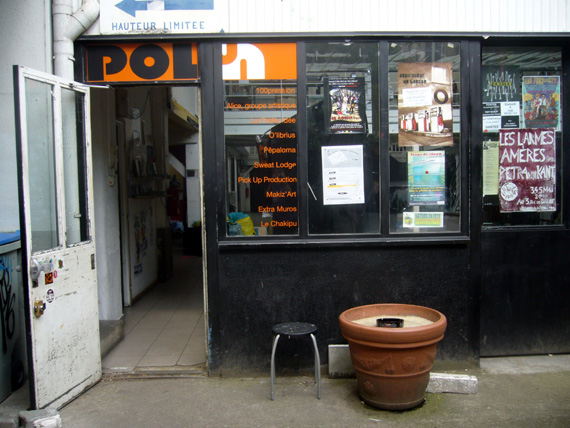 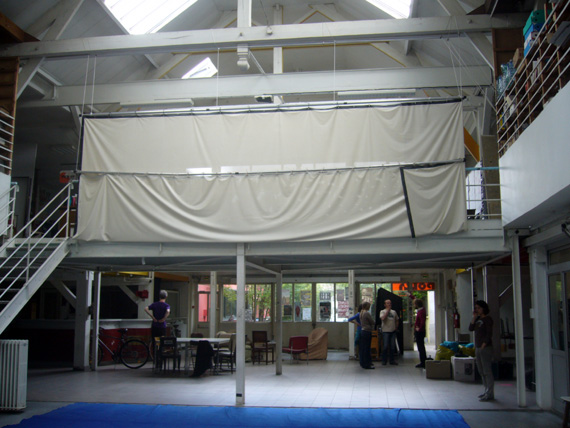 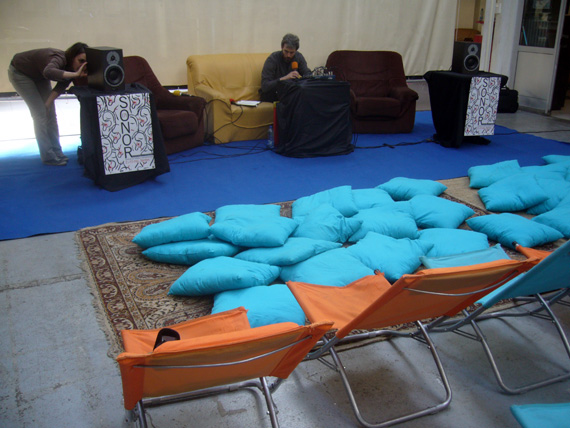 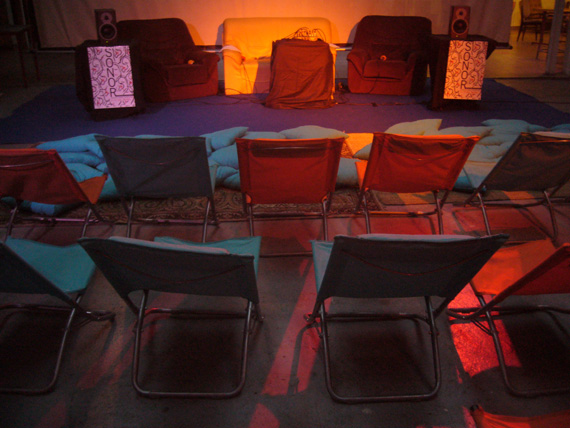 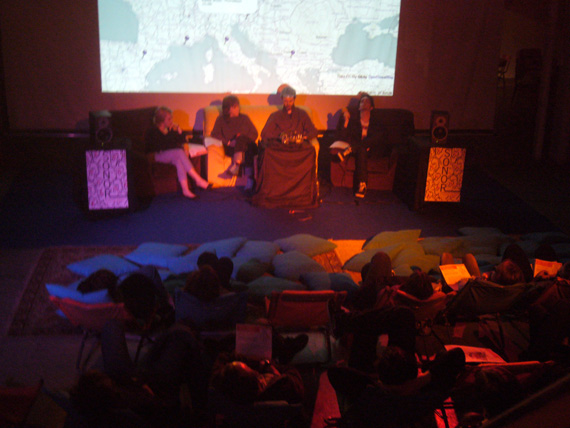 The next evening we presented an overview of the work of Radia by introducing one minute radio clips from each of the 22 stations in the current production cycle. The way Radia functions is by inviting member stations to offer specially made radio art pieces in turn which are broadcast in the same week by each station around the world. There was much interest from the Jet FM team, who are committed to “La création radiophonique”
The venue for our presentation was POL’n which has a special atmosphere – it is a former theatrical costumier’s workshop 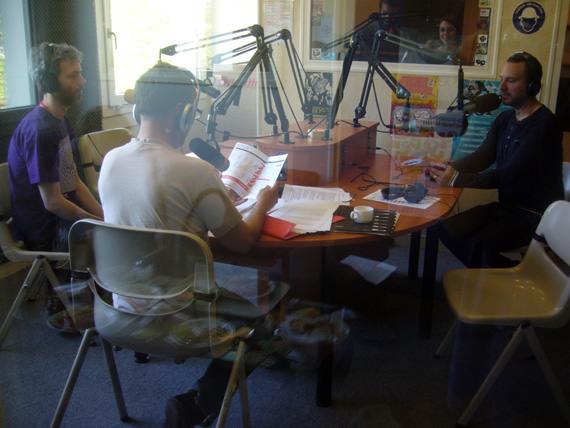 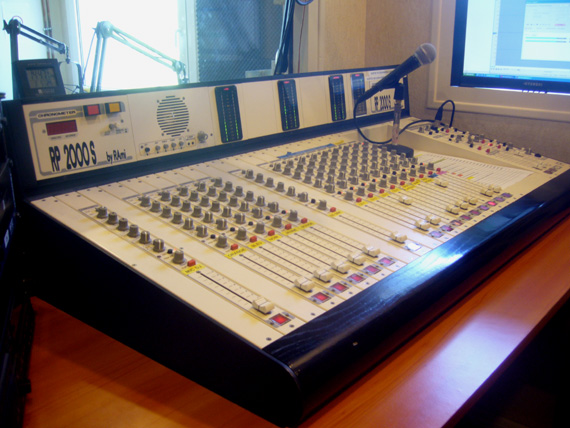 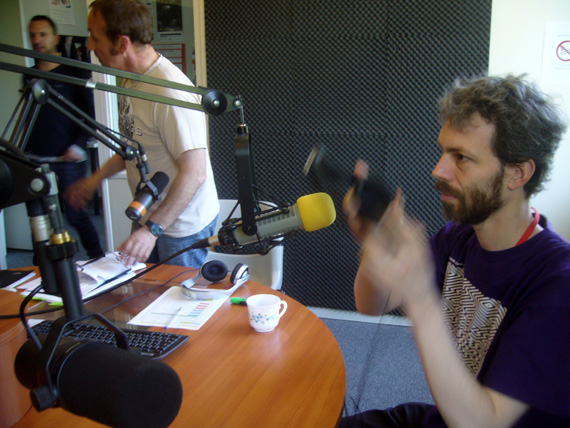 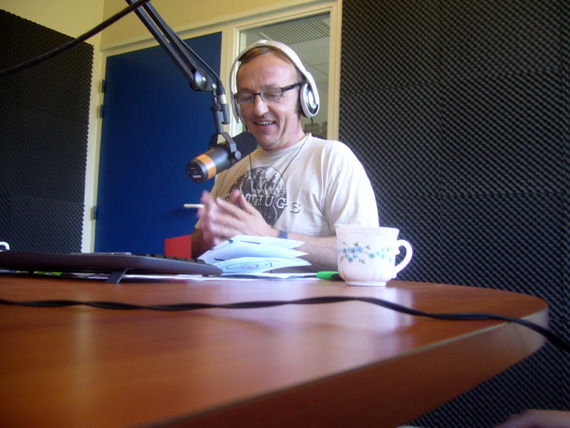 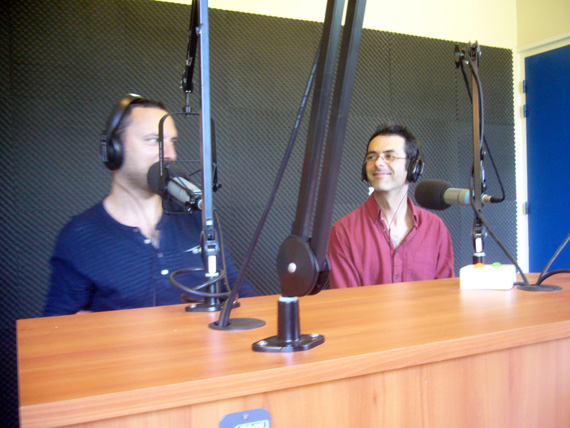 We took the opportunity to drop by at the Jet FM studio, where we joined in another discussion. It is the most tranquil radio station we have ever visited! 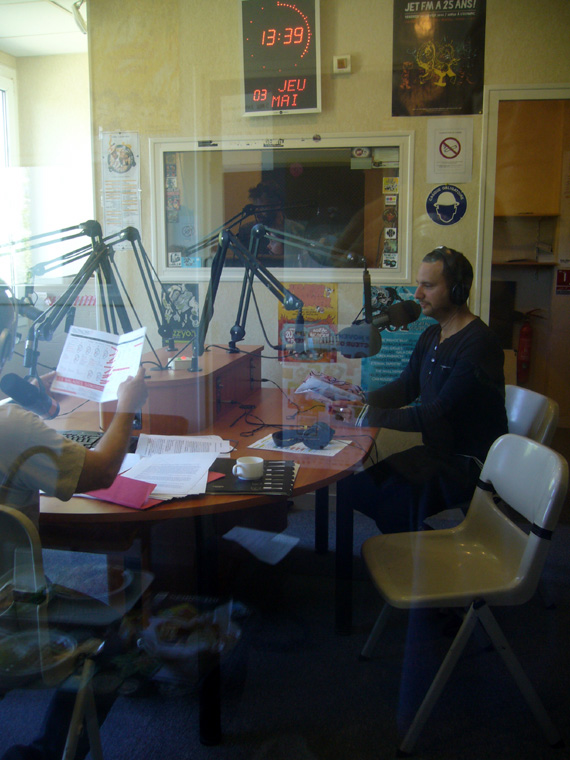 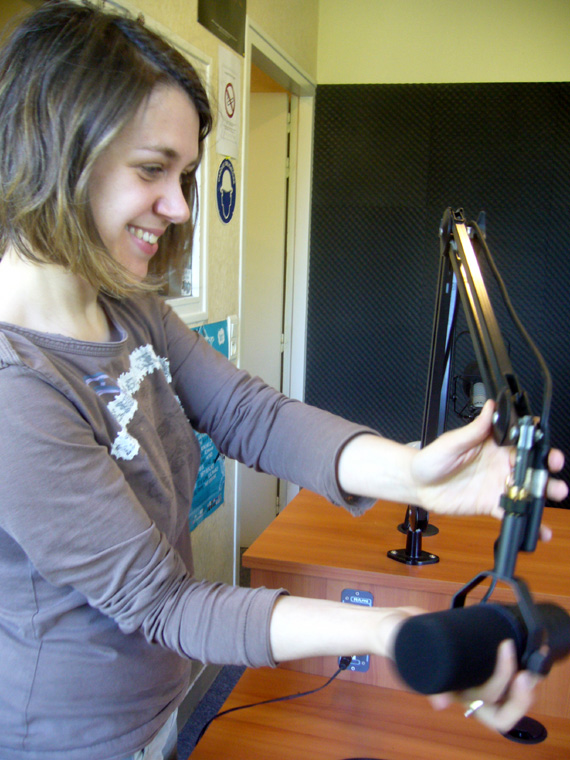 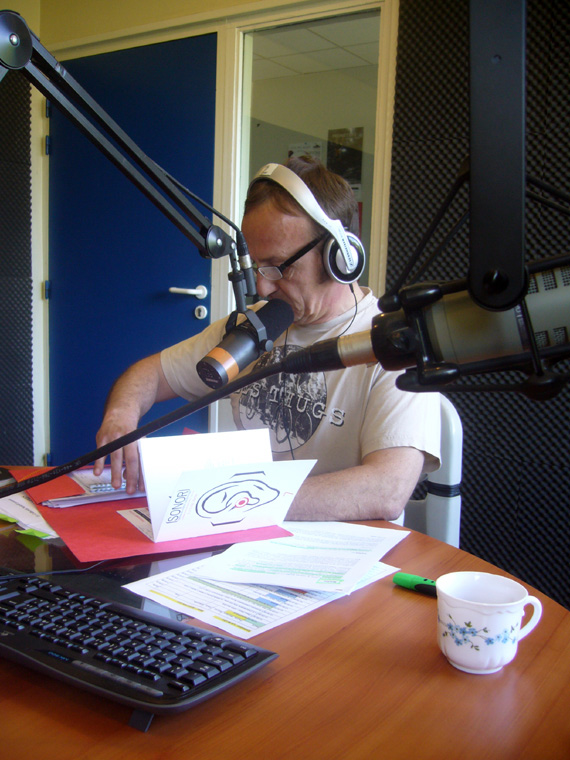 Anne-Laure Lejosne took care of technical matters, Loïc Chusseau kept a steady hand on the rudder and the discussions were moderated by Pascal Massiot 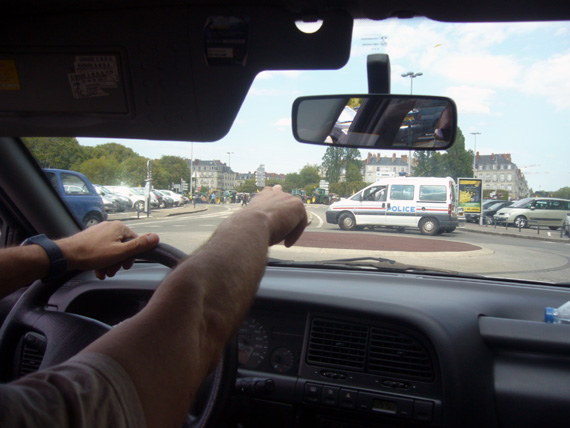 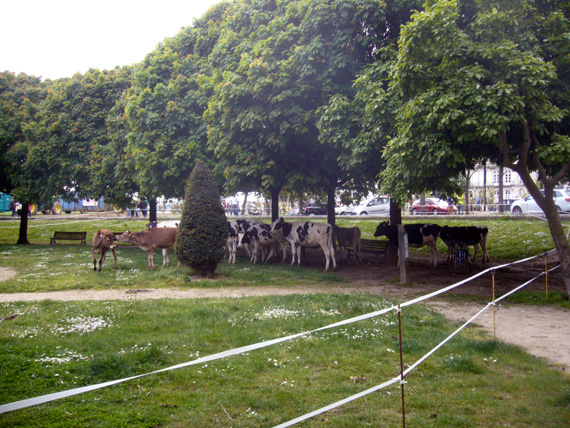 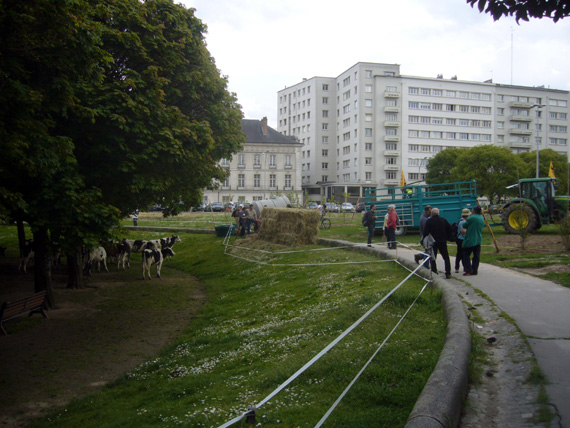 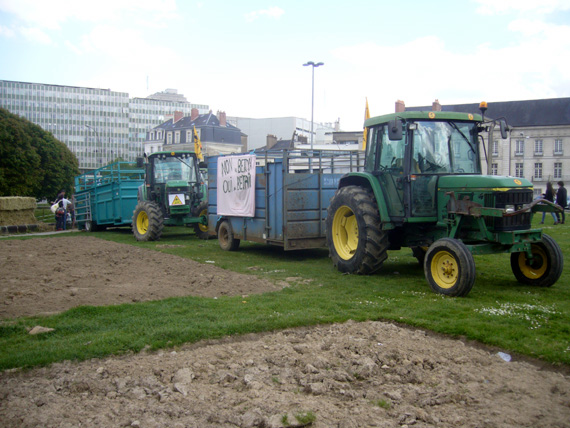 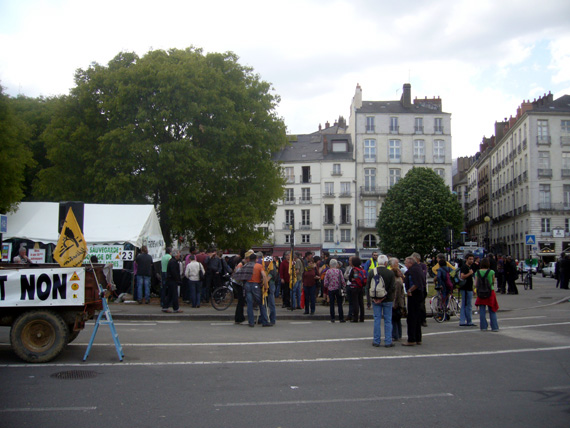 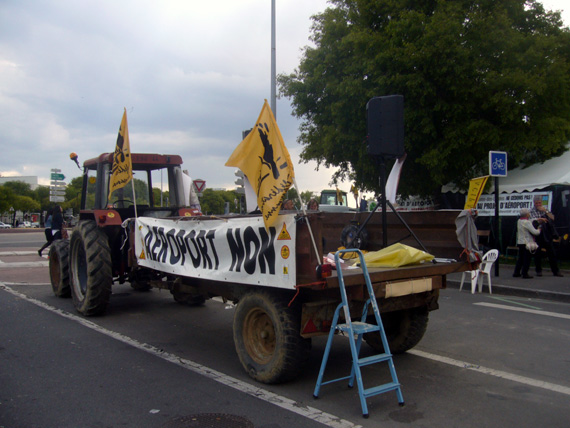 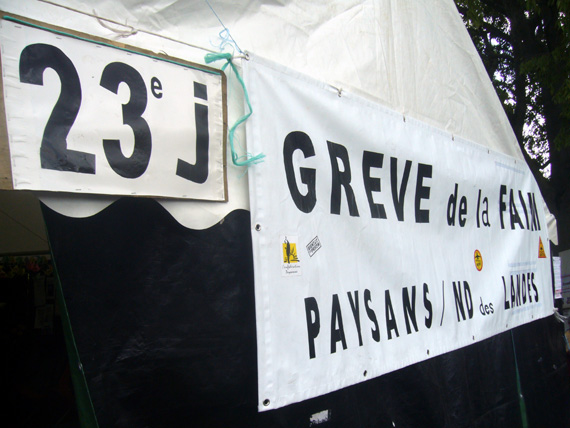 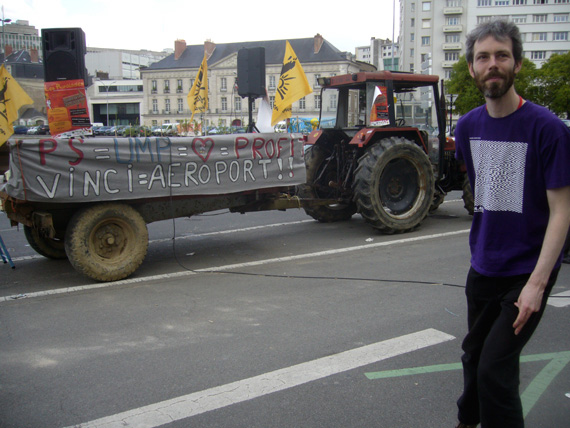 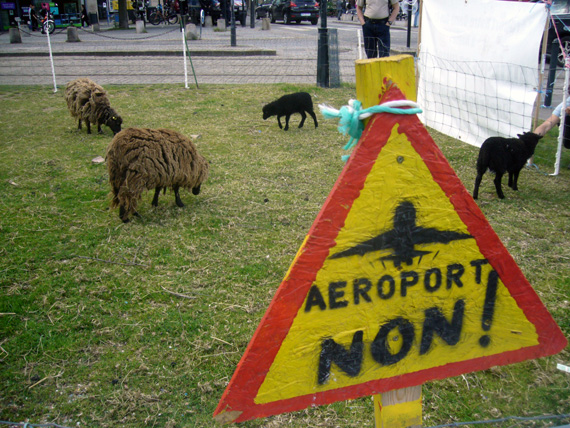 We were interested in the protests against the new airport in Nantes. Some protesters had been on hunger strike for 23 days when we attended the demonstration. Sometimes 400 tractors turn out for regular disruptions of the city centre alongside cows and sheep… There are expected to be escalating clashes with the extremely scary looking robo-police who are menacingly posted throughout the quiet streets