The Munich improvisers ensemble ICI invited us as guests to take part in their week-long festival: ICI Konzepte & Improvisationen at the venue Schwere Reiter (Heavy Riders). 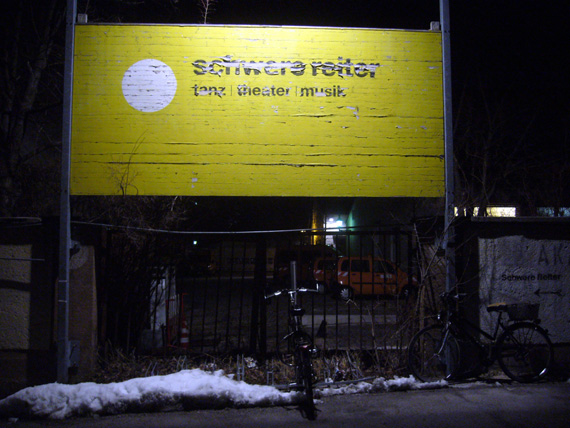 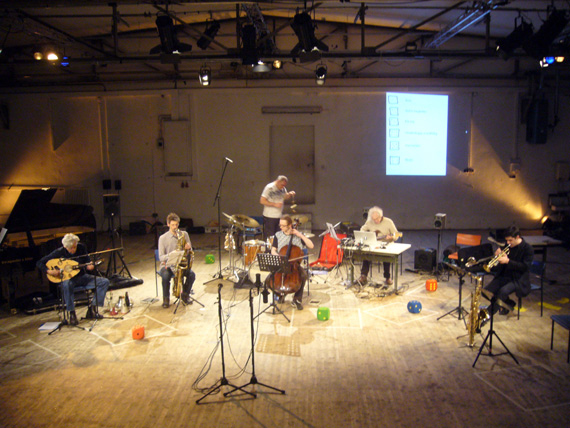 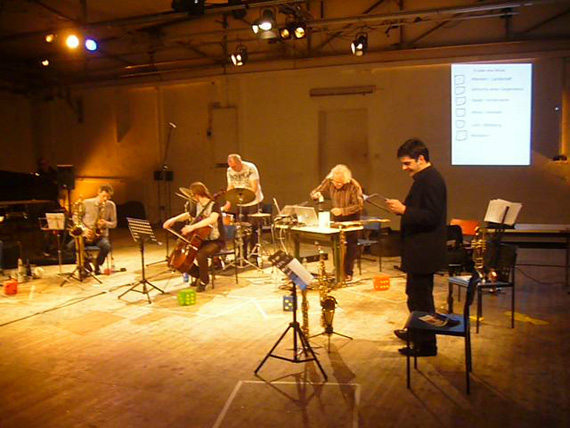 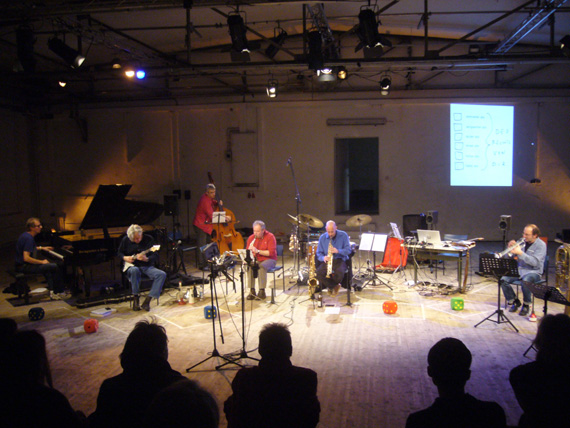 We visited on the Thursday evening to watch the fun – GEWÜRFELTE STÜCKE (dice-throw pieces). The evening was split into two groups of musicians; each member played within a set of 6 rules in a series of pieces with varied instructions. The audience were invited to either throw the dice randomly or select specific numbers: to dictate which rule each musician should play, and for how long 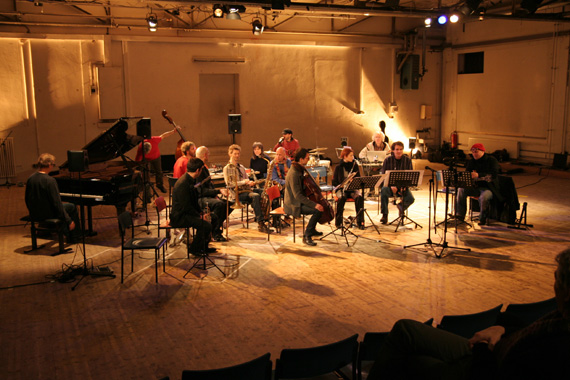 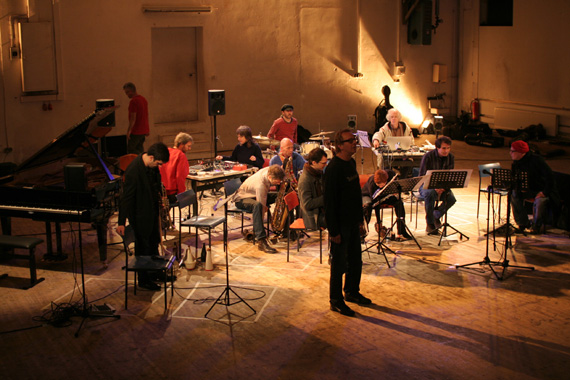 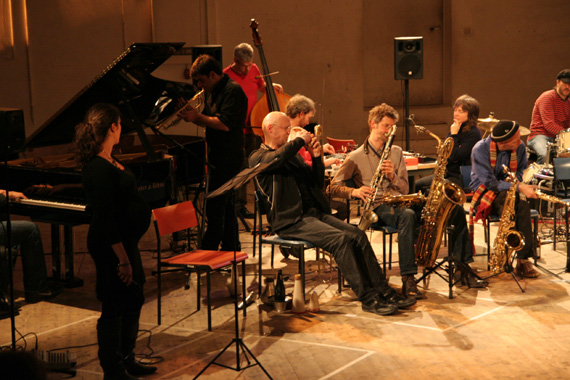 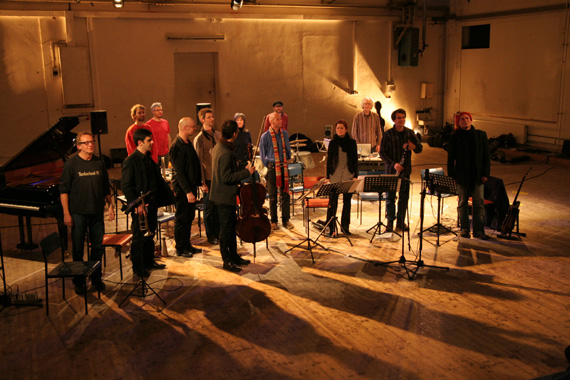 We joined in on the Friday evening – FREUNDLICHE ÜBERNAHME (friendly takeover). The first half was based around a composed new music piece performed by the ‘piano possibile’ ensemble. It was played five times over with pauses in between, accompanied by free improvisation from the rest of us. The second half was a group improvisation along with the Portuguese singer Mafalda de Lemos. Photos by Christian Schallert