Conceived and curated by Raul Keller and Katrin Essenson, who founded the radio art station and radio exploration performance group LokaalRaadio in 2006, the 2-day Radiaator was the first radiophonic art festival in Estonia. It was made possible with the support of European Capital of Culture Tallinn 2011. A transmitter broadcasting to the area around the venue attracted chance listeners who dropped by to see for themselves what was going on. This wasn’t the only demonstration of interest: we found ourselves in the somewhat sticky position of trying to explain what radio art is on a national TV channel. 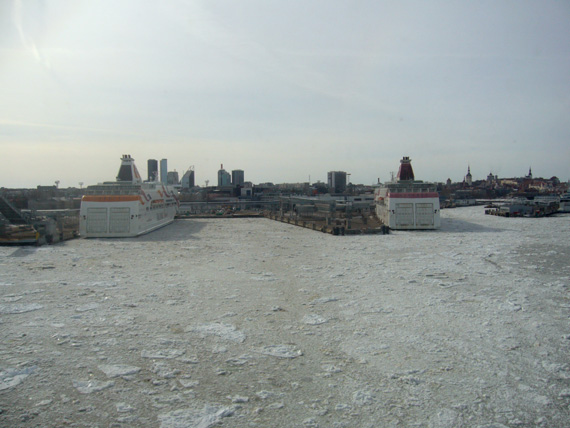 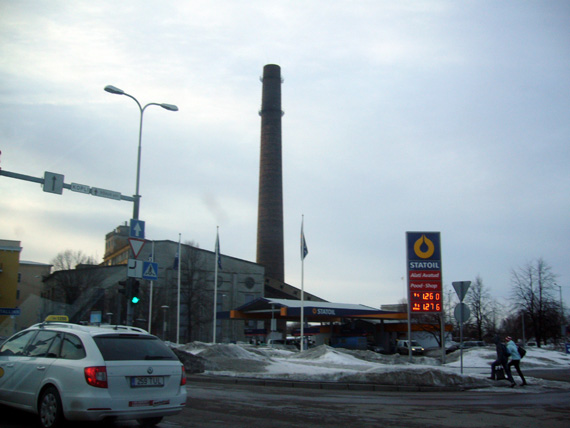 Our arrival by ship from Helsinki was spectacular as the Baltic sea was still frozen all the way across. The Contemporary Art Museum of Estonia venue was equally striking, with its defunct chimney stack. We are here to talk about Mobile Radio and perform a live radio show for the festival audience 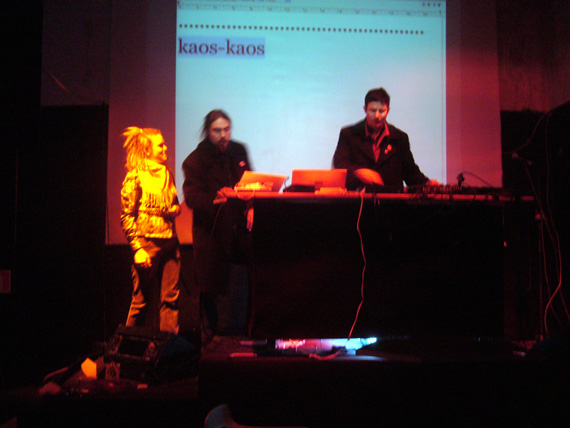 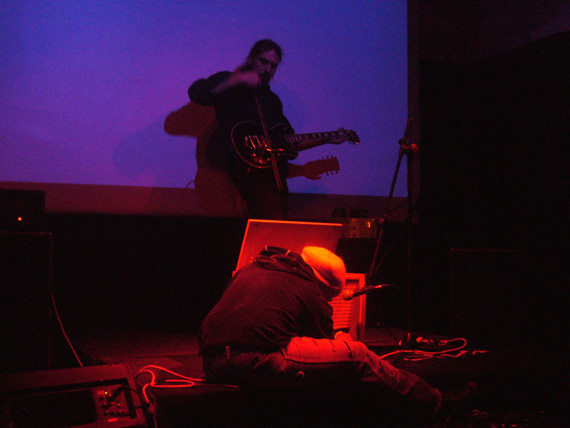 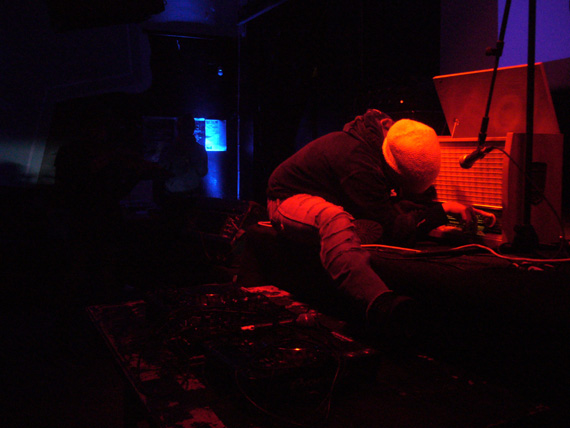 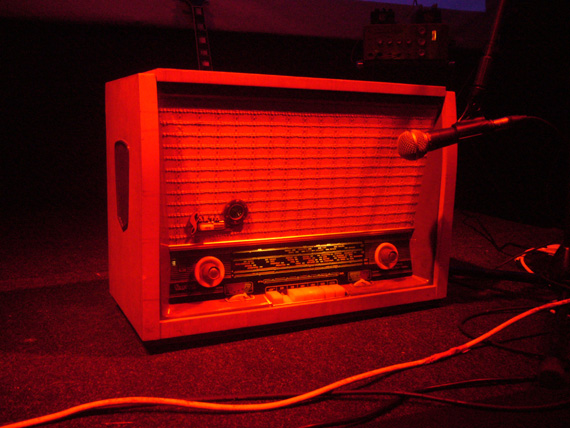 Chaos from Felix Kubin, assited by Raul and one of the festival assistant ‘angels’, called Angel! Katrin and Raul performing as LokaalRaadio, with Hello Upan on violin (she is pictured below). Full list of participants 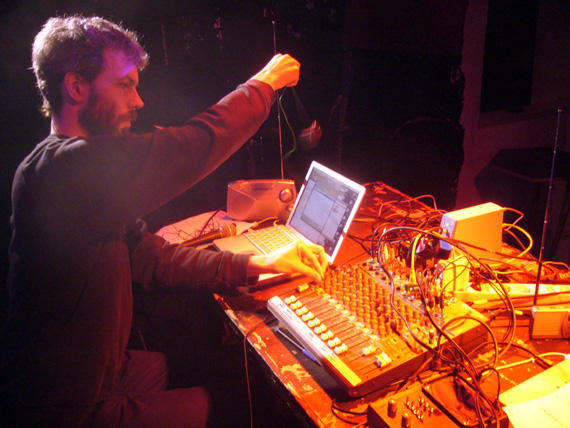 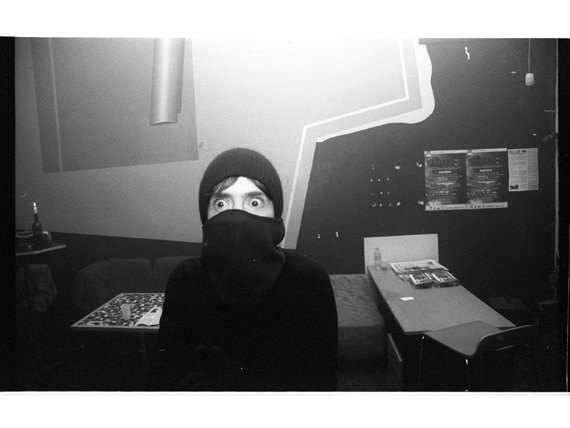 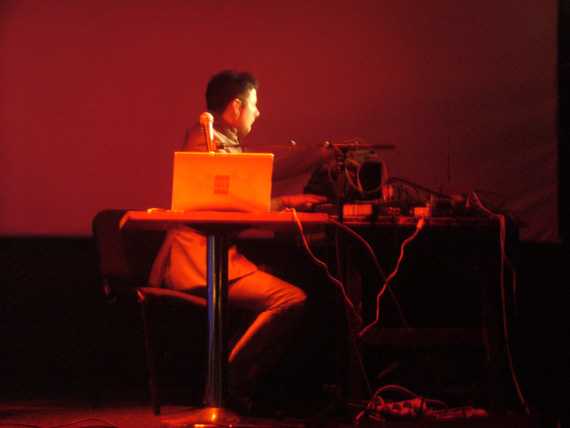 Knut’s radio feedback during our live radio show to Resonance. Felix’s lecture-performance of Paralektronoia. Felix later DJs Demos and Dandies, a creative symbiosis of demos from the audience and his archive. DJ_Aussteuerungskontrolle intervenes periodically to perform with Felix as The White Bears, a live DJ/Ninja circuit bending mashup 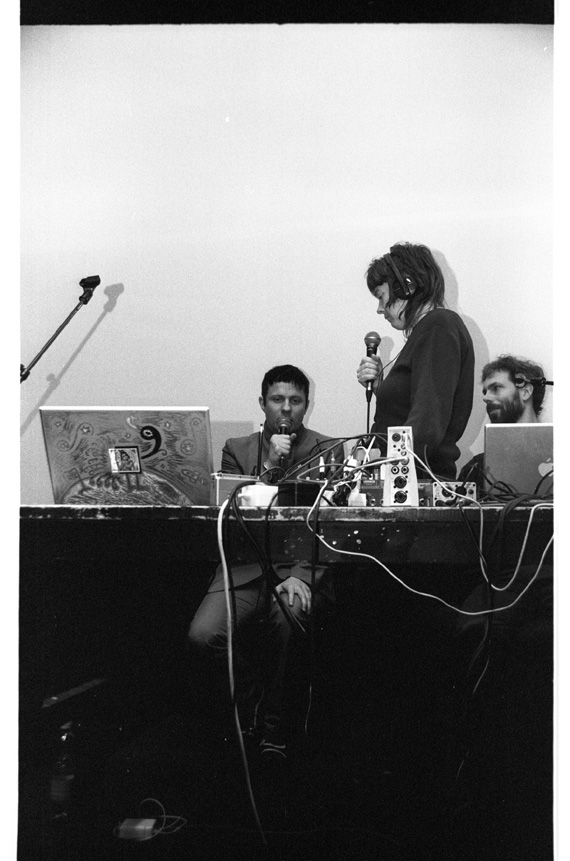 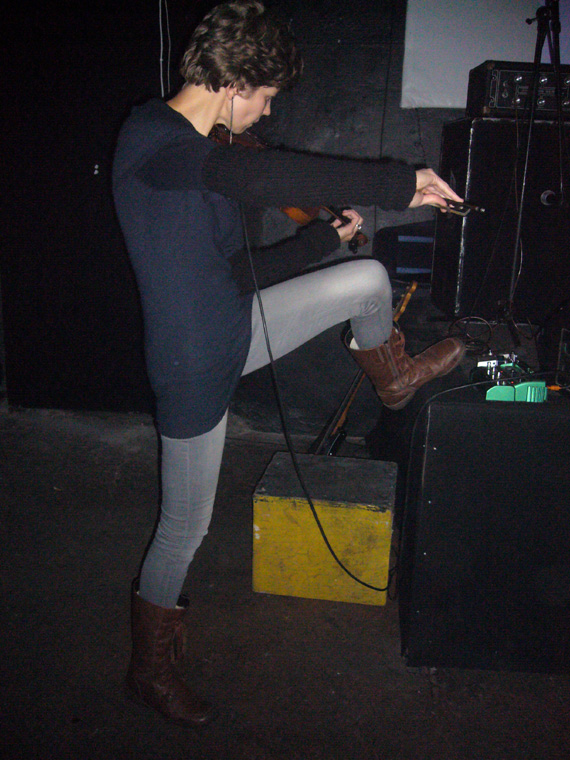 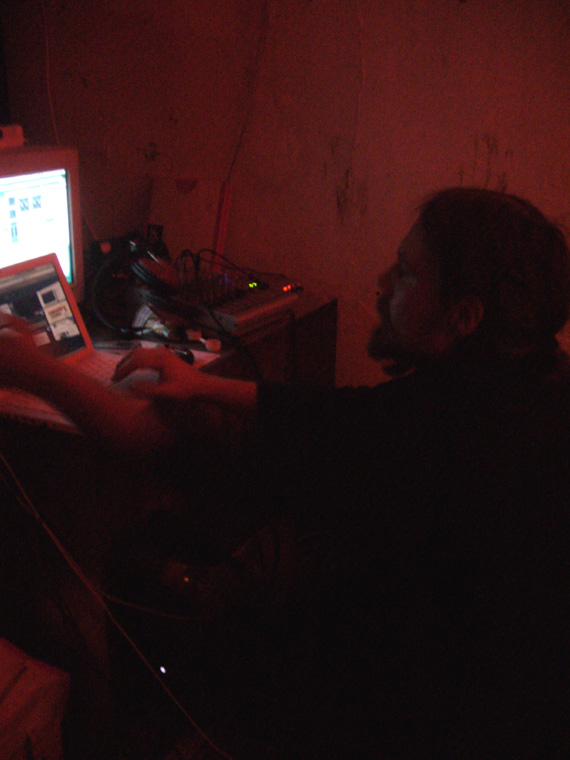 Our show was called Ruckus Radio, here being helped to breeze along by Felix. Backstage the streaming portal watched over by Raul. Hello Upan on violin for Lokaalraadio 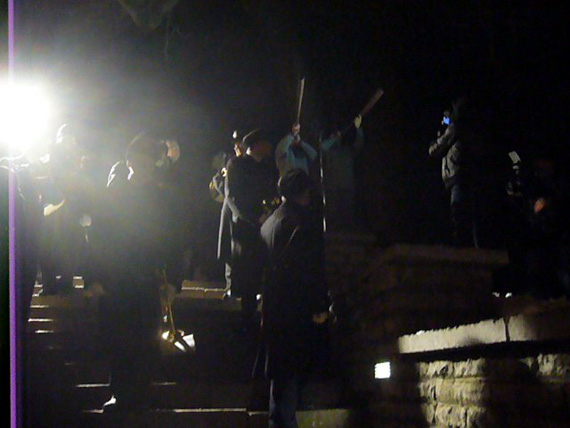 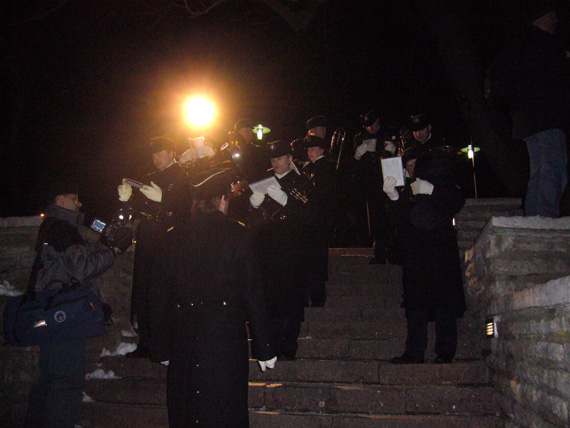 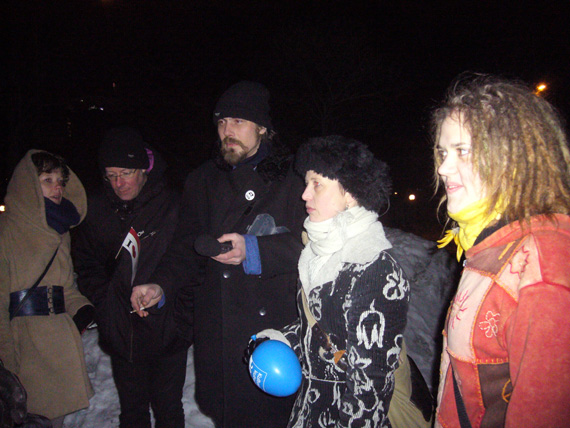 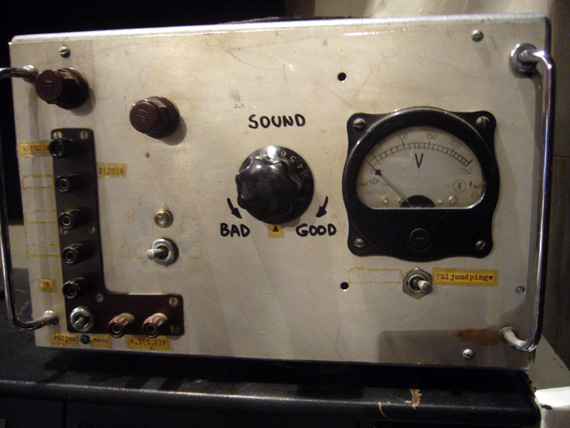 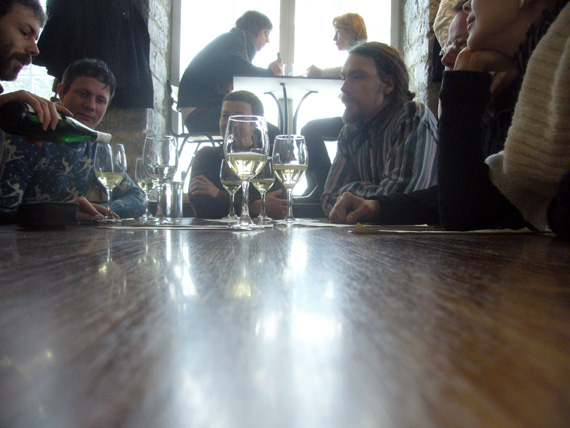 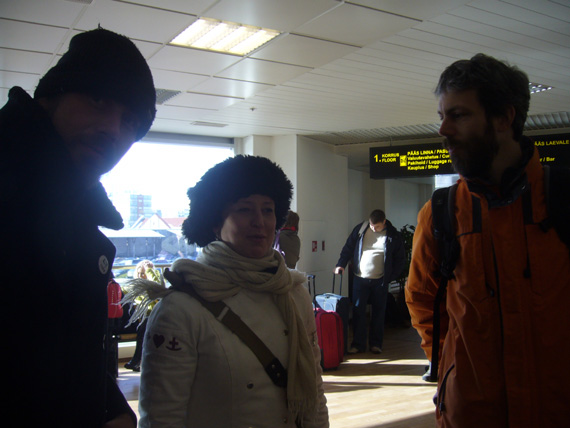 Heralding spring, Estonian style! That means whatever time of day or night spring is deemed to begin, the horns will sound in a city park, the police band will play, Tallinn’s mayor will make a wobbly speech and some wonderful singers will deliver perfect, complex and fascinating harmonies. The audience is bestowed with balloons, flags, drinks and snacks, and we sway blissfully around the freezing night.
We bid our farewells with a Mosel wine. Thank you Raul and Katrin, we will miss you as soon as we board the ferry! They later join the Radia family by producing a show for us: “The audible after-effects of drinking ether”