We are asked to produce an epic live Radia event for the festival Radiophonic 2007. There were many other events taking place over the four days, a few of which are documented below 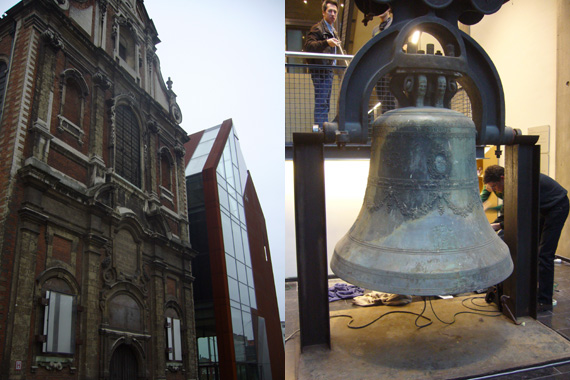 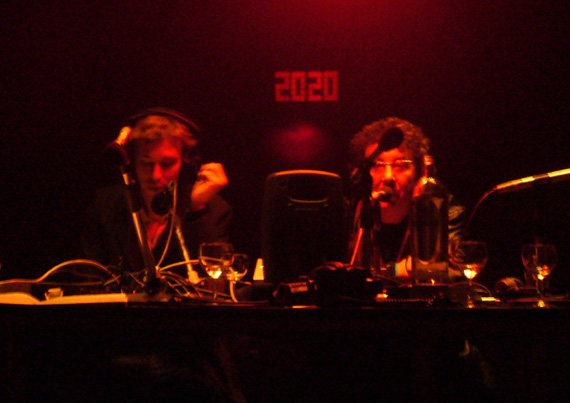 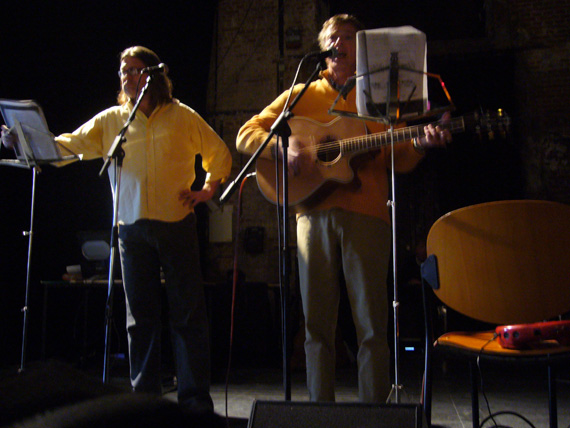 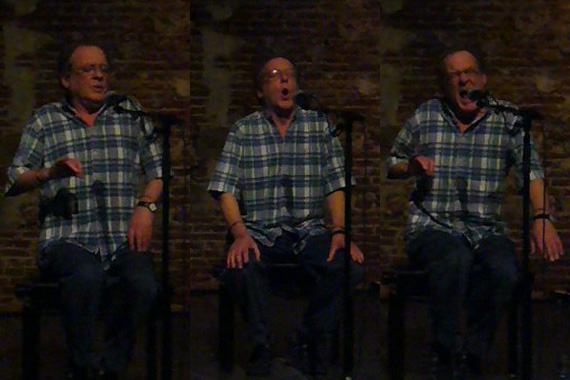 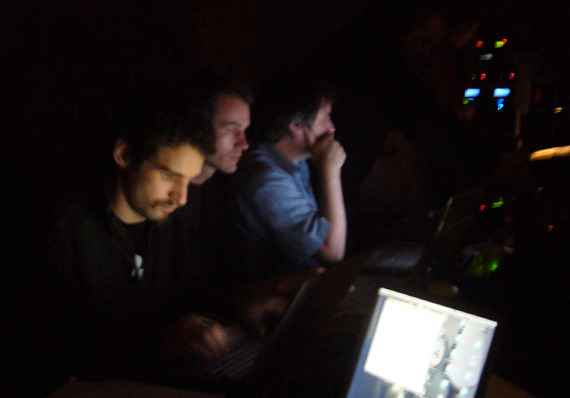 Our project was called Radioactive Radiophony, and it involved receiving live streams from Radia member stations around the world which we ‘contaminated’ in Brussels before sending the stream back to them for broadcast.
Here we see the Radia back-room crew, with Ricardo Reis playing Communication Chief 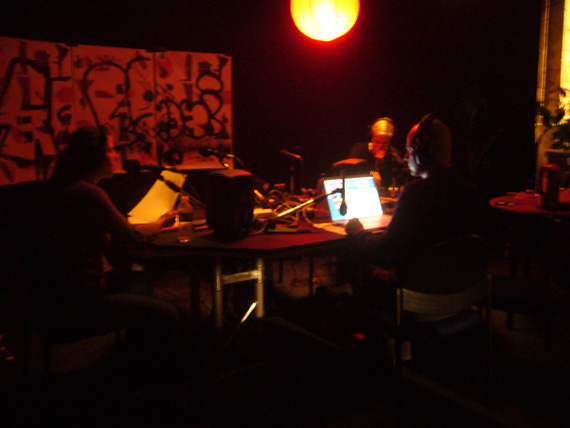 Our show lasted 4 hours. During this time each station would send us a 20 minute broadcast from their studio. Our team of contaminators was on hand to react to the incoming streams.
Above is Dinah Bird – our continuity storyteller, with Anna Friz and Jean-Philippe Renoult poised for real-time contamination 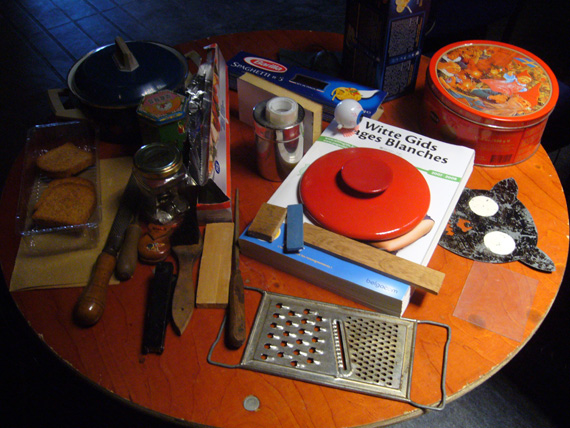 Our contamination toolkit, for guests to add some foley action to the proceedings 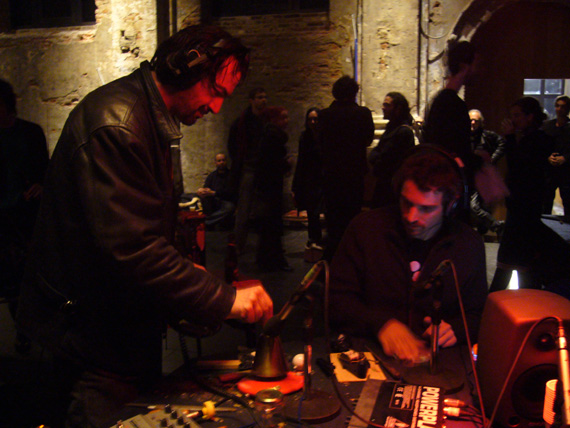 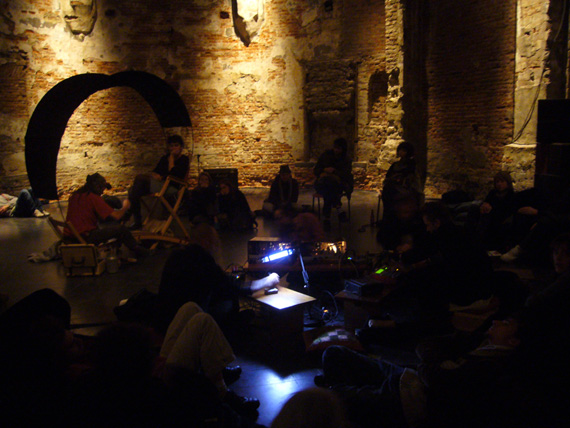 We also had some live music as part of our radio event, here is the excellent La Brocante Sonore, who were partially contaminated by some sweet music from Marseilles. The combination of the two things in the church was awesome, giving a unique atmosphere 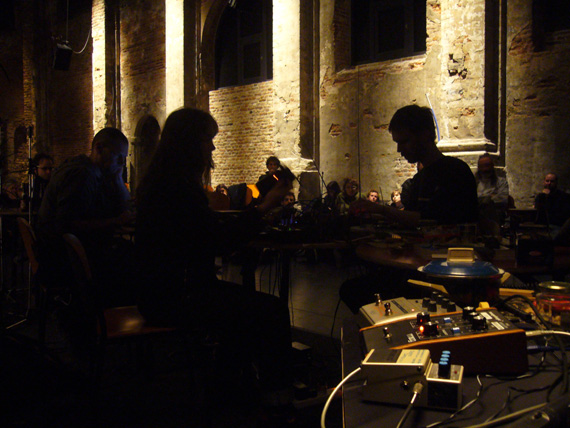 It seems it wasn’t enough to run the radio show – we also played as Tonic Train, contaminated by Roland Wouters of Martiens Go Home 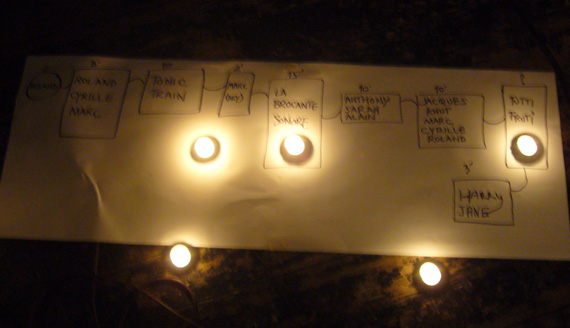 One last thing to do before we leave Brussels. Jacques Foschia organized a concert for us, which turned into a collaboration with La Brocante Sonore. This is our score for the various combinations of musicians. Some joker added a section at the end – whatever happened to Harry and Jane? 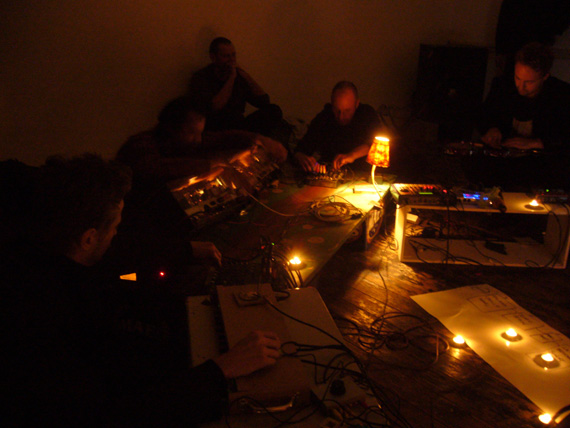 La Brocante Sonore perform the middle fifteen. The member missing from the picture is active with amplified and acoustic shoeshine (see above photo for the shoeshine chair)