There were several connected things to do in Berlin as part of the project Berlin Backyard Radio. We had a radio commission to produce, a concert to give and a Radia meeting to attend 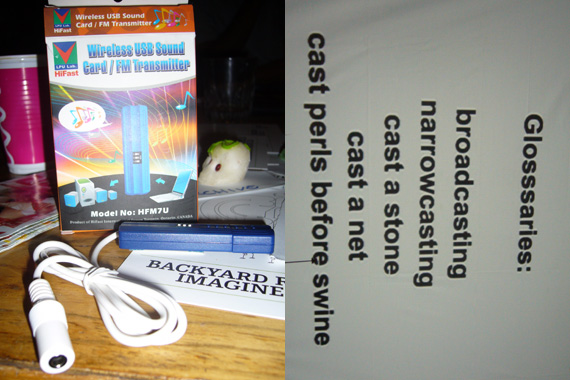 Within the inspired atmosphere of “something going on” that bootlab offer in Berlin, the Radia (radio network) meeting produced the usual intense discussions 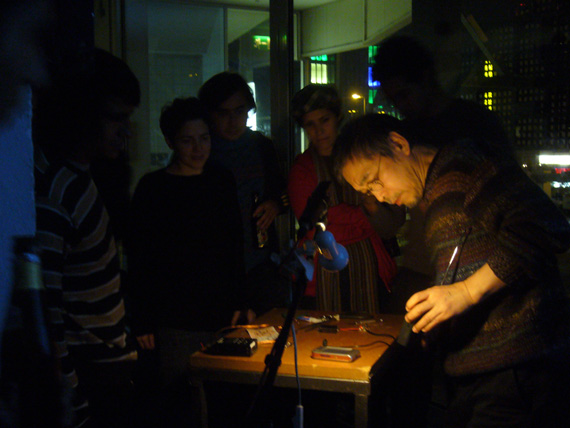 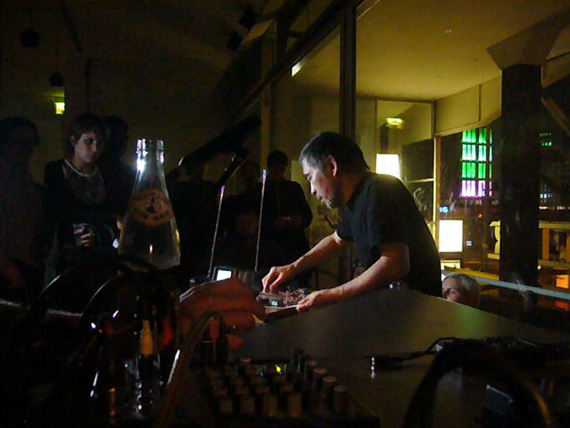 …. and engaging them in an intense dance. After his solo we play a trio with him, knitting circuit bending, feedback and radio into an indissoluble bond 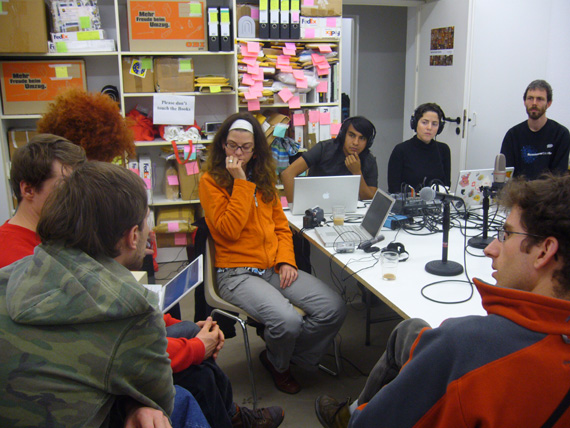 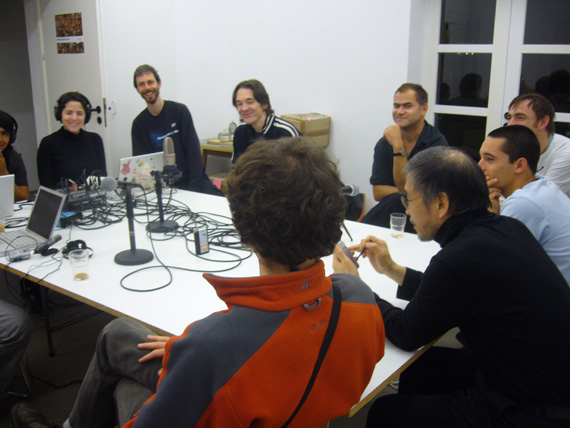 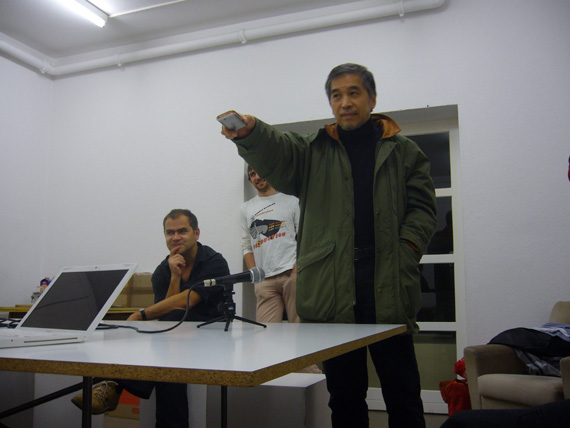 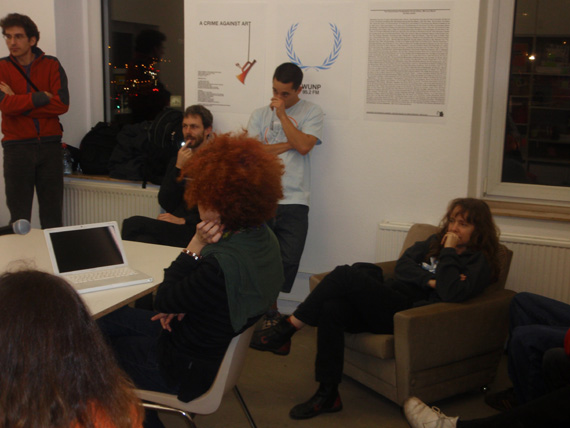 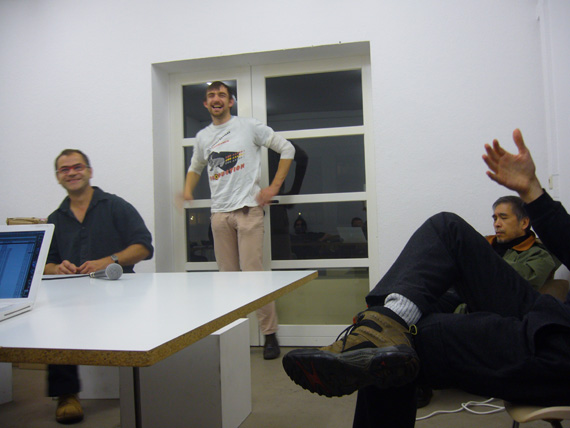 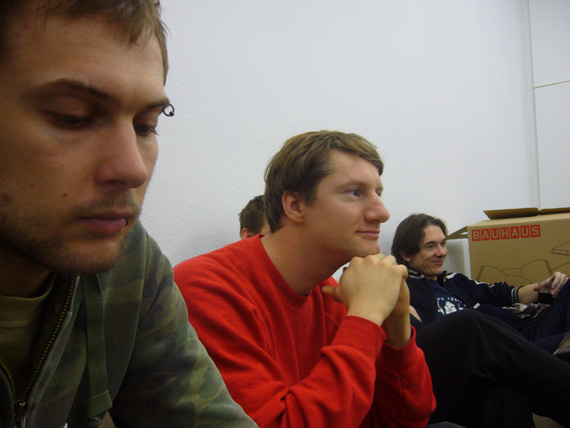 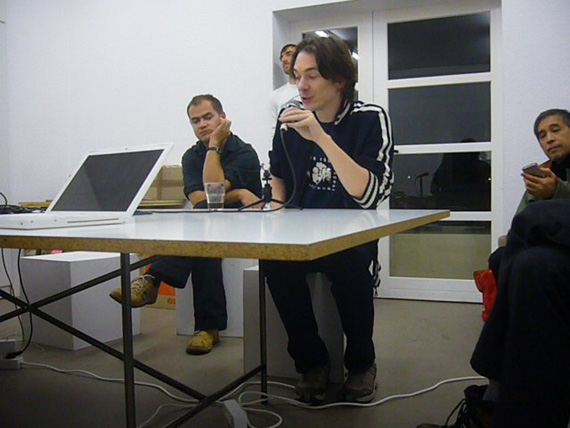 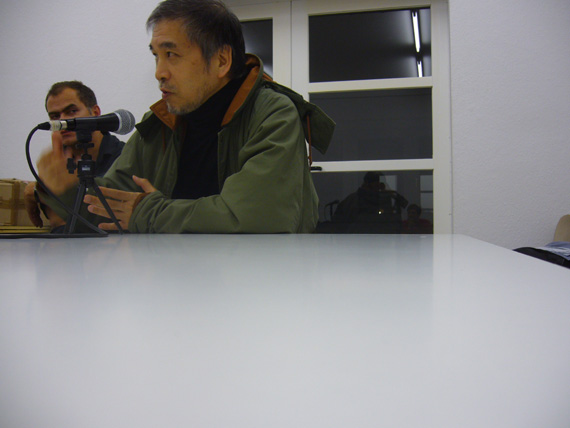 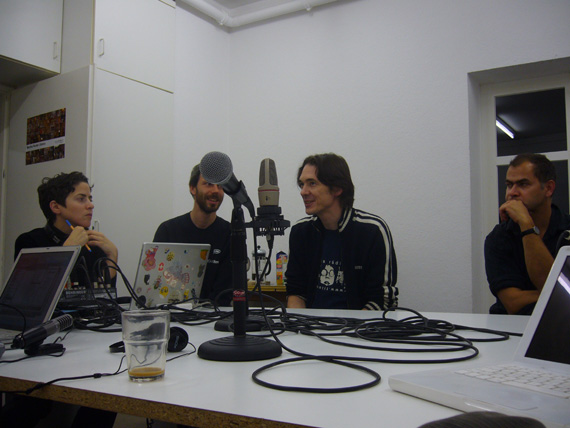 As a group, Radia is invited to take part in a radio programme by the New York project Neurotransmitter who had a radio residency in Berlin. Because we are a group who are encouraging the subversion of the standard broadcast set-up, we gave them a bit of a rough ride in the beginning. However, it turned out that much fun was had by one and all 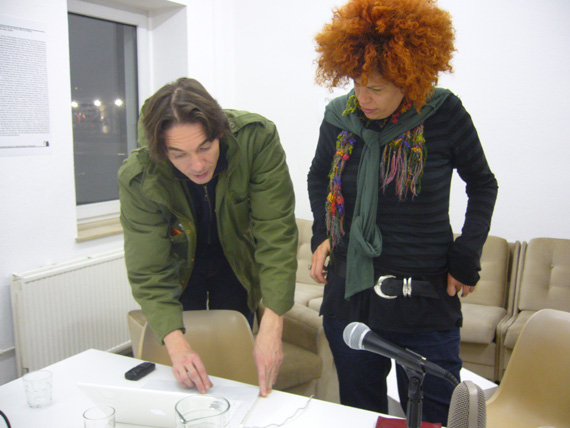