Rhodri Davies, inspired by and in collaboration with Gustav Metzger brought together a collection of musicians to look at ways in which music and sound can cancel itself out, can auto-destruct during performance. The first Self-Cancellation concert was held at Beaconsfield in Lambeth, commissioned by Arika & the London Musicians’ Collective and developed with Beaconsfield – part of a series of events including talks and radio works 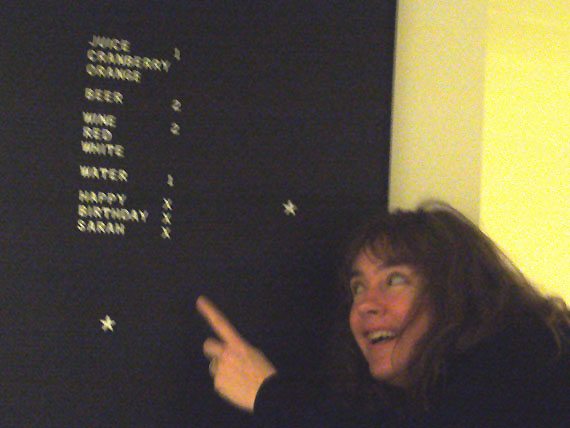 Something to cheer Sarah up before her scary solo. She decided to cancel a crucial part of herself out for her performance – her ears. She didn’t want to hear what she played, and she also cast the space into darkness so that she couldn’t see what she was doing. All she was aware of was the thumping of her heart and the rushing of blood 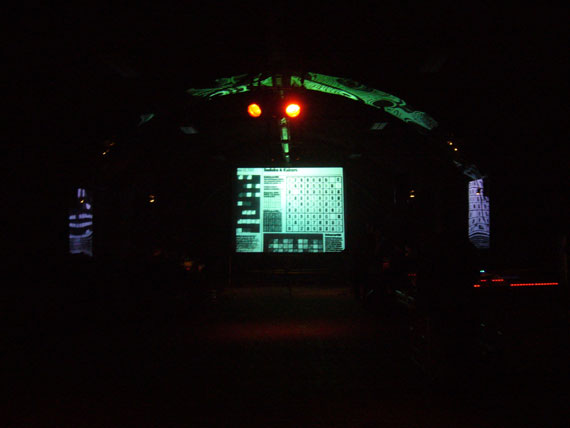 The collaborative work for the concert was called Sudoku and was conceived by Rhodri Davies. A succession of sudoku puzzles were projected on a screen, with each square lit up in succession. The players were assigned numbers – they could play when their number appeared until it appeared again, and so on throughout the piece 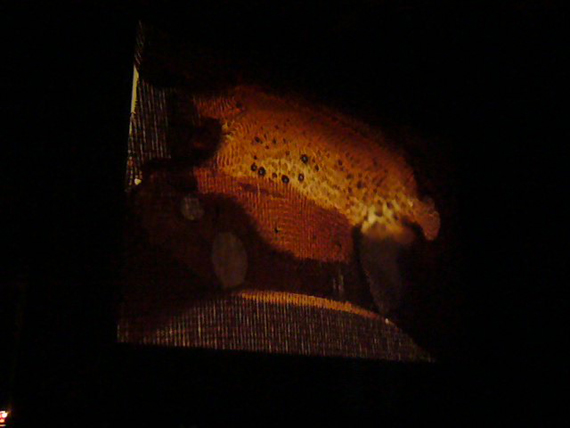 The dissolving nylon was projected onto a screen, with light sensors attached to transform the squirming image into sound 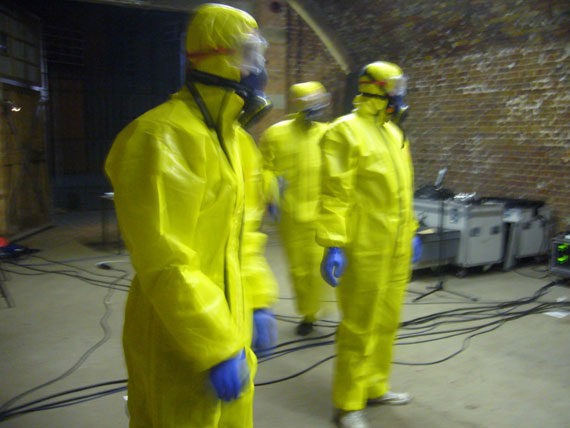 Open the doors and evacuate the audience, don’t let them see the scary men behind the screen!